The Real Power of Invitation 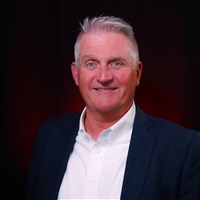 John 1:46 is a verse that so many in the Christian world know well. As verses go, this verse is the poster child for our mandate to invite people to meet Jesus. I served the local church for 3 decades and taught this mandate to people of faith ranging in ages from 12-102! Some people were really good at it yet most struggled with it. There are a variety of reasons for the struggle. Some didn’t want to impose on anyone. Some didn’t want to appear pushy about religion. Some didn’t want to risk a relationship being changed or tarnished by breaching a perceived boundary. The reasons for the struggle varied yet the struggle was real. “Come and see.” The words are so simple, so direct and so hard to get out of our mouths.

I have come to believe that part of the struggle is that we actually think of ourselves as the agent in the invitation. Actually, no, thankfully, we are not. If you read the whole narrative surrounding the disciple’s invitation you begin to understand something that John Wesley called Prevenient Grace, the grace that goes before us that enables us to respond to God. The lifechanging moment for Nathanael isn’t that Philip invited him, it is that Nathanael discovers that he has been seen by Jesus prior to Philip’s invitation.

Note the distinct change in Nathanael. He moves from the statement, “Can anything good come from Nazareth?” to “Rabbi, you are the Son of God! You are the King of Israel!” Two verses of scripture lay between the two statements. Only two. Yet in those two verses Nathanael discovers that he has been seen by the Holy One and it is here that we find the real power of invitation. Jesus has seen us first! Prior to any human invitation, Jesus has invited us first!

Perhaps the mandate to invite is best predicated by our own understanding that we have been fully seen. Psalm 139 bears witness to both the comfort in this and the sheer terror! You and I have been seen in our entirety and God has still invited us. That humble awareness is the beginning of faithful following. I, for one, believe that Philip had that awareness and his invitation to Nathanael comes out of the awareness that he had met the Messiah. It is in this awareness that our own vision is expanded to see all the others that Jesus has already seen. It is in this awareness that we humbly, readily, and joyfully invite those whom He has seen to “Come and see!”

REGISTER FOR THIS EVENT