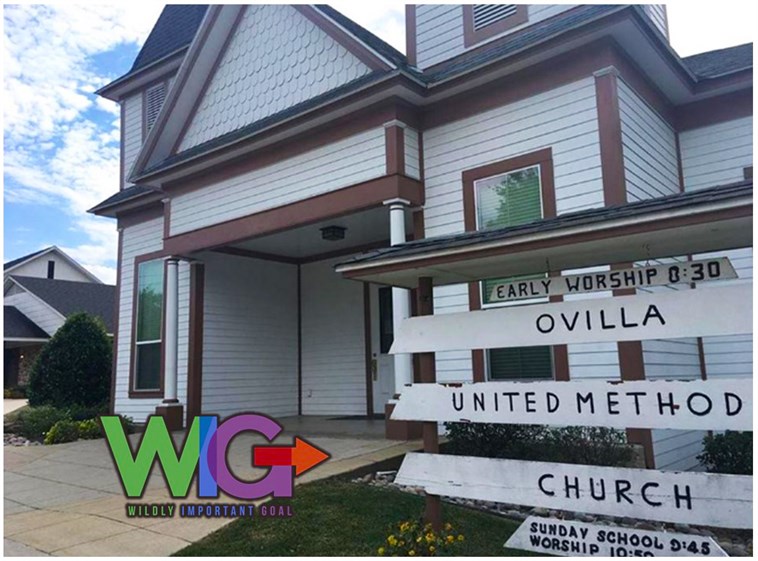 The following is taken from an article by David Dunn of waxahachietx.com that originally appeared in late December 2018. Visit www.waxahachietx.com/news/20181226/ovilla-united-methodist-church-holds-prayer-drive-thru to read the entire original article.

“People stopped all day long,” Joel recalled. “I did it for about eight hours, and I realized the amount of people that need prayer and just need to feel a blessing upon them.”

It was his experiences with drive-thru ashes that prompted him to start a prayer drive-thru ministry as a follow-up to the Ash Wednesday experience.

“I don’t think I came up with it,” Robbins explained. “I think the Holy Spirit did.”

The prayer drive-thru is located next to the Animal Hospital of Ovilla by FM 664. While it used to be open only once a week, Robbins said they’ve recently expanded it to three days a week at 7:30 a.m. Mondays, Wednesdays and Saturdays. A group of 12-14 church volunteers trade shifts between the three different days.

“They gladly do it. Day-in and day-out, hot or cold, they’re out there to simply offer themselves,” Robbins expressed. “It’s pretty inspiring to be around them.”

Rev. Robbins said volunteers stand out there for a few hours while people drive to work. If anybody stops and pulls in, church members have a short conversation with them and pray for them and their situation. “People would stop and say, ‘I don’t go to Church.' I would say ‘I really don’t care.’ I’m not here to judge you or anything else. That’s not what we’re about. We’re just offering prayer.’”

Rev. Robbins said the congregation was inspired by the effort to reach people outside of the church.

“Jesus said ‘Go out,‘ He doesn’t say ‘Come to Church and sit in the walls.’ If we really believe in Jesus Christ, we need to be willing to do the unconventional things.”

Sometimes, the prayer drive-thru meets guests that they weren’t expecting, as Ovilla UMC member Gorden Miner detailed. “One time I finished praying for one man’s brother-in-law I said ‘God bless you,’ and he said something that I didn’t understand,” Mr. Miner recalled. “I said ‘Peace be with you.’ He said something else I didn’t understand. He said ‘That’s Arabic. I’m a Muslim. You Christian folks are alright.’”

Robbins said those differences do not matter to him or his congregation. He said they bless everybody equally – whether they stop or drive by.

Robbins concluded by saying the church is doing big things through the prayer drive-thru, and he’s proud of his congregation for all of the hard work they’ve put into it.

“It’s bigger than a prayer,” he said. “It’s about reminding people how much God loves them.”

The prayer drive-thru can be visited at 3357 Ovilla Road. To learn more about Ovilla United Methodist Church, go online at www.ovillaumc.org.