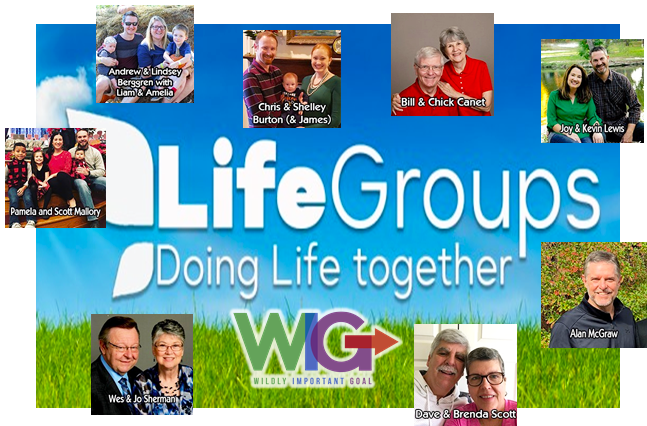 FUMC Round Rock is preparing to launch as many as 13 New Faith Communities (or LifeGroups) on March 31 as part of “Vision 2025.”

by Susan Craig / photos courtesy of FUMC Round Rock

Fractals and multipliers are part of an equation that produces success at First United Methodist Church of Round Rock – with or without the aid of mathematicians.

Rev. David Johnson, associate pastor of First UMC Round Rock, sums up the fractal method like this: “We get four or five laypeople involved in everything we do.” By that, he means right from the start.

David is working closely with a core group of volunteers as First Round Rock prepares to launch eight to 13 new small groups – aka LifeGroups – on March 31. The core group involved from the very beginning is “just so passionate” that he jokes about his anxiety level dropping with each weekly “meet-up.”

Dr. Will Cotton, senior pastor, deems these LifeGroups instrumental to the church’s ambitious “Vision 2025,” which is entirely in keeping with the Central Texas Conference’s WIG (Wildly Important Goal) of making disciples of Jesus Christ for the transformation of the world. First Round Rock aims to add a fourth worship service – possibly on Thursday nights – as early as 2020 and potentially a second site by 2022. Average worship attendance is targeted to climb from 1,100 now to 1,700 by the year 2025, and 75 small groups are expected to be in the mix before all is said and done.

Will studied the fractal method by reading Doing Church as a Team: The Miracle of Teamwork and How it Transforms Churches, by noted church planter Wayne Cordeiro, founder of New Hope Christian Fellowship in Honolulu.

A little internet sleuthing leads to a Wikipedia post on the Barnsley fern, a fractal named for the British mathematician Michael Barnsley. Merriam-Webster’s online dictionary says the term fractal “was coined in 1975 to describe shapes that seem to exist at both the small-scale and large-scale levels in the same natural object.”

“In other words,” says Rev. Cotton, “each offshoot of a fern replicates the pattern of the one before.”

Will further explained that to utilize the fractal method you start by drawing a circle and adding crosshairs (like a target). You’ll end up with quadrants in which to identify four elements of a given project. Launching a new wave of small groups might involve, for example: 1) publicity; 2) facilities; 3) funding; 4) implementation. One person takes the lead on each of the four elements, and each element will develop its own offshoots and draw in more and more volunteers to share in the workload and the enthusiasm.

“The simple way to get a new movement started is to develop the leadership as you go,” Will says. The key is to start with “impassioned, competent people” and make sure you have a “positive, multipliable core” to get some of the hard work out of the way first. Fractals + multiplication = success.

The beauty of the system

Jennie Birkholz, a layperson, is part of the core group launching LifeGroups, and she says the beauty of the system is that First Round Rock’s pastors don’t care how long you’ve been there, how active you’ve been in the past or whether you’ve ever served in leadership. If you have passion and drive for a given project, “they trust you and they let you fly.”

Though she and her husband, Chris Stuart, have been members for seven years, she admits their connection to the church at times has been tenuous. They moved to Round Rock after losing their home in Bastrop in the epic 2011 wildfire. She was eight months pregnant, and the impending birth, too, made settling into a big church seem daunting. Over time, she says, “we just faded away. We just weren’t involved anymore.”

Neighbors from a church of another denomination invited the couple to join their small group, and it was life-changing. In effect, it became their faith community. When she faced a new setback – this time it was the loss of her job – the care and support of the close-knit group made all the difference.

To God be the glory

Love of the United Methodist Church brought the couple and their sons, Jackie and Matthew, home to First Round Rock last spring, and this time it didn’t take long for Jennie to find her “moment” to connect. “Be the change that you want to see . . .,” she says, paraphrasing Mahatma Gandhi. “I really have a passion for bringing people to Christ,” she says.

Jennie knows firsthand the transformative power of small groups, and she breaks it down further as she credits the way God has moved in her life and in that of the church. “God calls us to be holy, and holy means to be Christ-like” in community with fellow Christians, she says. Her faith has long been integral to her career as a consultant in behavioral health, often as it applies to faith communities.

It’s no wonder, then, that she is vital to the core group or “fractal” as Associate Pastor David Johnson calls it. “She has a beautiful testimony, expertise, passion and leadership,” he says.

David joined a small group in his mid-20s via Aldersgate UMC in Lubbock and says he knew right away he “would never get along with these people.” Suffice it to say he changed his mind after receiving the same kind of advice then that he offers now – “just try it out for a couple of weeks.”  It won’t be long until meeting with one of these new LifeGroups feels less like an obligation than “a necessity, a breath of fresh air.”
Visit fumc-rr.org/grow/adult-ministry/lifegroups2019 or facebook.com/1stChurchRoundRock tok to see the listing of LifeGroups being launched by Round Rock FUMC,

Click on the image below to see another video in the FUMC Round Rock LifeGroup invitation series from Karah Powell. 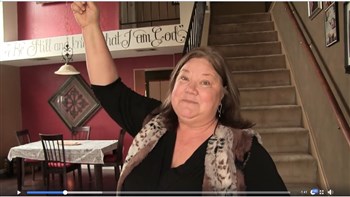