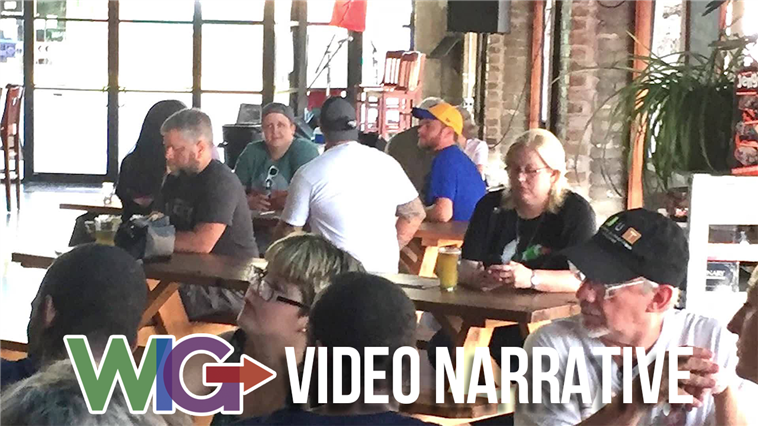 The Central Texas Conference's Wildly Important Goal (or WIG) is to make disciples of Jesus Christ for the transformation of the world. One of the most successful ways for churches to activate the WIG and grow their church, make disciples and become a vital part of their community is by launching New Places for New People to get to meet and know God through His son Jesus Christ. Something the CTC calls New Faith Communities. First United Methodist Church of Taylor was one of the first churches to embrace the New Places for New People concept and started a new faith community to meet the people of Taylor, TX where they are – and that location might surprise you a bit.

Like many of the communities in and around the Austin, Texas area, the population of Taylor has experienced rapid growth, however, that growth explosion isn’t being mirrored in the local churches. When the people don't come to the church, then the church needs to come to the people. It was the “taking the church to the people” approach that led FUMC Taylor to create "Beer and Bible" – a  weekly Thursday night gathering where people from the community of Taylor come together for an "ecumenical social justice happy hour," according to Pastor Sela Finau.

Pastor Finau and the members of FUMC Taylor meet their community where they are, and accept them for who they are. Through dialogue and scripture, the Kingdom of God gets bigger and bigger because FUMC Taylor wasn't afraid to try an unusual (and at the time of the launch, some termed it a radical) idea. New Faith Communities like Beer and the Bible are examples of the local churches in the Central Texas Conference living into the idea that we must take Jesus to the streets.FUMC Taylor started a new ministry in the context of their mission field of Taylor, TX. As the community and many of the surrounding communities have experience growth, but like many places this has not caused the churches in the community to grow. It's the opposite of "build it and they will come," the truth that FUMC Taylor has experienced is that if people aren't coming to church, then the church has to come to the people.

Out of this idea came "Beer and Bible," a time every Thursday night where people from the community of Taylor, TX come together for an "ecumenical social justice happy hour," as Pastor Sela Finau puts it. Ministries like Beer and the Bible are local churches in the Central Texas Conference that are living into the idea that we must take Jesus to the streets.