Equally Yoked: Laity Initiative at Smithfield UMC Empowers ‘The Priesthood of All Believers’ 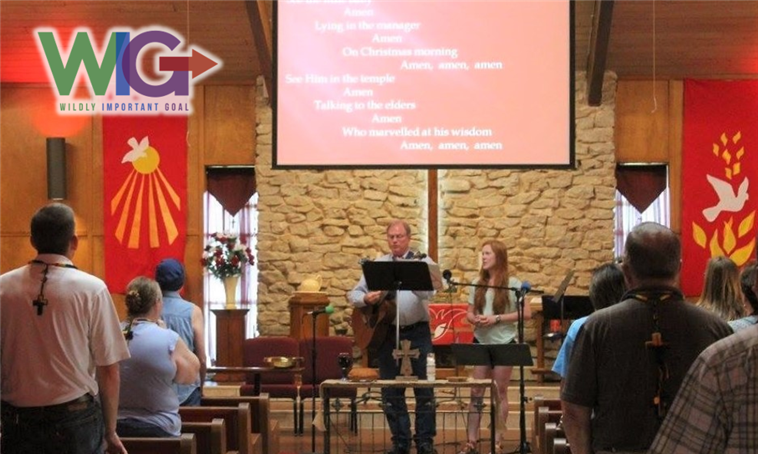 The concept of being “equally yoked” in ministry is at the heart of a Lay Leadership Initiative which is transforming lives at Smithfield United Methodist Church in North Richland Hills.

The initiative, launched in 2018, is built on a “pure Wesleyan model” designed to empower, equip and encourage laity, said Rev. Mike Kerzee, Smithfield’s pastor. It’s certainly not a new idea, but it’s one he wishes he had implemented sooner.


The onetime football coach said he finds the team approach way more effective than leadership that “circumvents the laity” in any way. At the nucleus of this initiative is his ministry partnership with Chad Brown, the layperson who chairs the Administrative Council, the key component in Smithfield’s newly restructured single-board leadership model. Mike refers to Chad as his “equal in ministry” and explains that he includes him in all matters of administration at the church. “I don’t sneeze without contacting Chad first,” he joked.

The year 2018 led off with a sermon series on “The Priesthood of All Believers,” and Mike said its emphasis on “the important role that we all play in the body of Christ” is ongoing. He isn’t shy about telling his congregation – even its newest members – that his expectation of discipleship means “that you participate in spiritual growth and development.”

By the end of 2018, laypersons were called to step out on faith and preach – whether or not they’d ever dreamed they were capable of such things.

Average worship attendance has gone from 160 to 200, and fully half that number have joined small groups based on the Wesleyan accountability model. The women’s ministry fully embraced the 2018 rollout of “Tables of Eight,” and now nine of these groups meet regularly. The program was expanded this year to create five men’s groups. Each fosters fellowship and focuses on a given scripture, and the groups meet in a variety of locations, generally outside the walls of the church. Mike sees a potential for some of these small groups to further develop into new faith communities. He readily includes Julie Gough, coordinator of small groups, in planning and visioning sessions.

The kernel of the idea that became the Lay Leadership Initiative was planted at an orientation to ministry session, when Dr. Kevin Walters, Director for Operations and Project Management at the Central Texas Conference office, spoke of the crucial role laity play in the success of a church. Mike, who was a speaker at the same event, said Kevin’s comments prompted him to rethink leadership at Smithfield. He also credits learnings from the book, The Class Meeting: Reclaiming a Forgotten (and Essential) Small Group Experience, by Dr. Kevin Watson, 2017 Annual Conference teacher.

The Lay Leadership Initiative, paired with outreach to the community and risk-taking mission, has created an atmosphere in which no one is afraid to propose a new way of doing things. Smithfield UMC is an exciting place to be, Mike said. “People all over everywhere here are coming up with great ministries.”