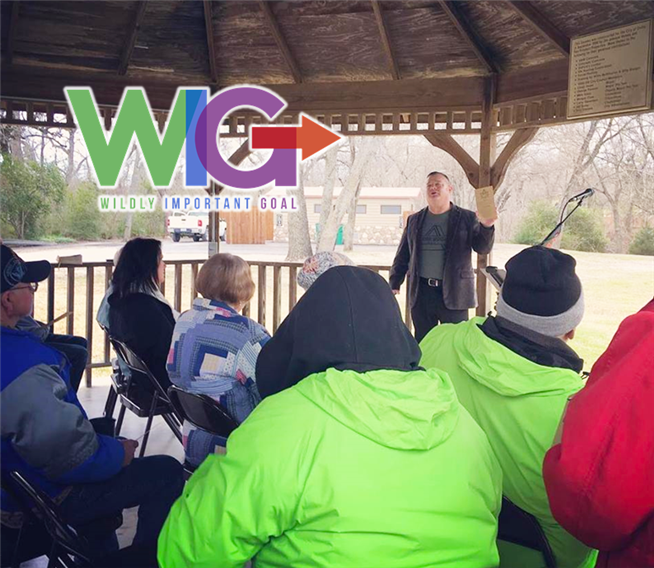 If Rev. Joel Robbins is certain of anything, he is certain about the power of prayer. That already strong conviction was reinforced a deep level following Ovilla United Methodist Church’s drive-through Ash Wednesday service. The response was good - so good, in fact, that now drive-through prayer is offered every week – three times a week (7:30 - 9 a.m. every Monday, Wednesday and Saturday). “I’m realizing how badly people need prayer,” says Joel, sr. pastor of Ovilla UMC since 2010.

As the church website puts it, “Church members offer prayer to anyone who has a moment to stop on their way by FM 664 in the morning, or even for those who don’t.” Six to eight cars typically pull over during those 90 minutes with drivers often offering this common refrain, “I drive by here all the time, and I just now got the guts to stop.” The impetus to pause and seek prayer ranges from the straightforward – a job interview – to the heart-wrenching – filing for bankruptcy or receiving a diagnosis of terminal cancer.

The dedication and love of the Ovilla UMC faithful who are growing this ministry has not gone unnoticed in the local community. There is a buzz about these roadside prayer warriors throughout the area surround Ovilla UMC – so much so that a popular fast-food restaurant that only deals in chicken and isn’t open on Sundays recently featured them in their Motivate Monday Facebook post.

Ovilla UMC is a recipient of a New Faith Community Grant, provided by the Smith Center for Evangelism, Missions & Church Growth, and since January, those funds are being utilized for a natural offshoot of drive-through prayer: Outdoor Worship on Wednesday mornings. For now, the setting is Ovilla Heritage Park. When drive-through prayer ends at 9 a.m. each Wednesday, worship begins at a pavilion a short distance away. Soon, Joel hopes to relocate the worship service to “a good-sized tent” on the 41-acre parcel designated for Ovilla UMC’s new church.

Most Wednesday mornings, 12 to 15 people gather for the service, led by Joel with the help of Colin Campbell, director of contemporary worship. Among the worshippers are a woman impressed that 40-degree weather was no deterrent to worship, a man Joel met when he took his Ash Wednesday ministry to a local tavern, and most recently. a dog in the company of its human.

Joel relishes the opportunity to be more Wesleyan, particularly at a time, he says, when “more people are talking about General Conference than Jesus Christ.” It’s affirmation of a divine message that Ovilla UMC should continually seek to go beyond the walls of the church and “provide a witness to the gospel of Jesus Christ.”