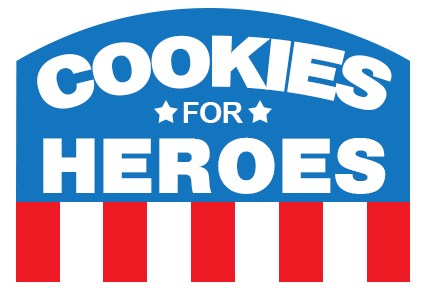 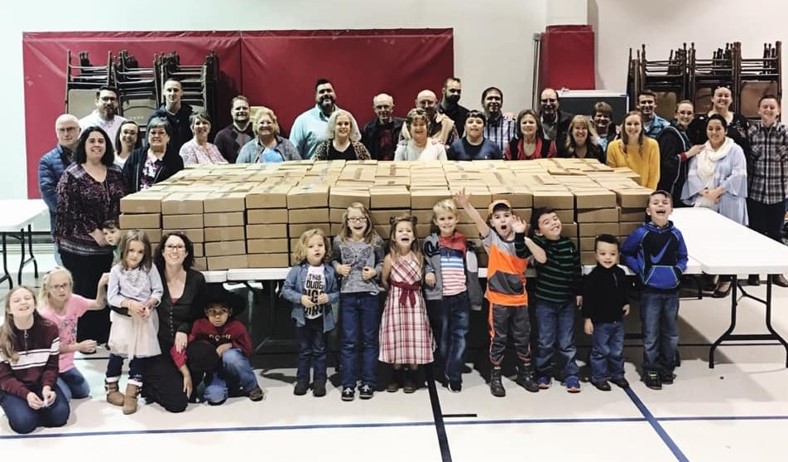 Churches of the Central Texas Conference, no matter their size, like to do things in a big way. It should come as no surprise that upwards of 94,000 to 102,000 cookies were delivered shortly before Christmas to Dyess Air Force Base in Abilene and Goodfellow Air Force Base in San Angelo. Tallying the 2018 Cookies for Troops total proved particularly problematic because CTC bakers were so very prolific in their pastry production as part of their mission to extend their love to the troops while making disciples in their communities and beyond.

Cookie drive coordinator Billy Murphey, pastor of Fisherman’s Chapel in the West District, received a note of thanks from Robert Mehaffey, who’s known at the VFW Post in Abilene as “chairman of the Great Cookie Caper.” The retired Air Force chief master sergeant’s count was 102,064 cookies. Billy says in amazement, “That’s a bunch of cookies! I just couldn’t believe it.” It was almost more than the two air bases could accommodate this year, so Billy will see about expanding the program next year to a couple of additional bases.

Joshua FUMC in the North District was one of the bigger givers. The church exceeded its goal of providing 1,000 dozen cookies by an additional 56 dozen. The church didn’t do it alone, according to Dale Wilbanks, pastor. About half the people who showed up to bake, box, label and pack the cookies into three SUVs for delivery were non-members. They were drawn to the project by the church’s intentional efforts to partner with the community. Not only does the church want to be a part of the community; it wants the community to connect with the church. “Our constant theme,” Dale said, “is ‘How Do We Get Out More?’”

He gives much of the credit for raising the church’s visibility to Nicole Hutchison, director of discipleship and outreach. Joshua is home to an estimated (2016) population of 6,846. There is no community newspaper, so the church counts on its Facebook page and other forms of social media to reach beyond its walls. Fortunately, Nicole is really good at it. Creative, new ideas she helped the congregation implement led 55 families to visit on Christmas Eve.

Outreach projects throughout the year – like the cookie drive and an extensive backpack ministry – help grow the church, Dale said. It’s common for a given project to draw several new families into the church. Two families participating in the cookie project have already begun to engage in worship and other church activities. Perhaps they will be added to the group of 17 families who joined in 2018. They’ll sure know their way around the church’s kitchen – and oversized convection oven – when it’s time for the 2019 cookie drive.

*Susan is an Area Administrator for the Central Texas Conference Service Center and a regular contributor to ctcumc.org.
**Nicole is Director of Discipleship & Outreach for Joshua FUMC.