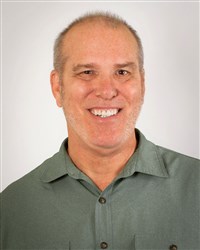 “I planted the seed, Apollos watered it, but God has been making it grow.  So neither the one who plants nor the one who waters is anything, but only God, who makes things grow” (I Cor. 3:6-7).

Have we made evangelism too complicated?

Sometimes, I wonder. We think it’s all about popular programs and techniques, or a skill that only “super preachers” possess.

When you were a kid, did you ever plant a pinto bean? It was simple, really. You filled up a jar with dirt, dropped in a raw bean and poured in a little water. A day or two later – voila! a sprout proudly raised its green little head.

Evangelism is like that. The Apostle Paul put it this way, “I planted the seed, Apollos watered it, but God has been making it grow.”

Paul first sowed the seeds that would become the church in Corinth. Later, a gifted preacher named Apollos nurtured the Corinthians in the faith. But Paul was careful to say that without God, the source and sustainer of growth, they were nothing.

Evangelism is a process and we have a valuable role to play somewhere along the way.  As a kid, a nursery worker named Mrs. Carmichael watered me in the faith. I still remember her nestling me in her lap and softly singing Jesus Loves Me in my ear. There were also VBS and confirmation volunteers who nudged me along in my growth, as well as preachers and a college ministry couple.

Then came my prodigal son years, where I ditched the church and ended up in a far country. Even during this time, God put people in my path who modeled the faith with such joy and integrity that the fallow soil of my heart couldn’t help but being broken up for later growth.

God has already given us the seeds of the Gospel. The Good News is ready-made: God is love, Christ is risen, the Holy Spirit is power! So toss the seeds everywhere, as Jesus described in the Parable of the Sower (Matt. 13:3-9).

Then leave the growth to God.

PRAYER: God of the Gospel Seed, thank you for the privilege of planting your precious Word. Help us to cast these seeds wherever we are, and trust you for the growth. Amen.