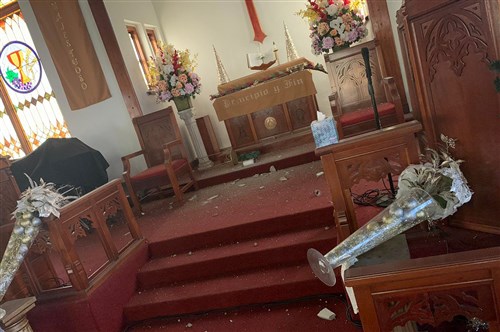 According to the U.S. Geological Survey, more than 500 earthquakes of magnitude 2 or greater have rattled Puerto Rico since Dec. 28 and left much of the U.S. territory in distress. News reports indicate that last week’s 6.4 magnitude quake — the strongest so far — left a man dead and injured at least eight others, caused dozens of homes and structures to crumble and cut power and water service to large swaths of the island.

The Methodist Church of Puerto Rico is responding to the situation through its own disaster response organization and through partnership with the United Methodist Committee on Relief. (UMCOR). Visit advance.umcor.org/p-620-umcor-us-disaster-response-and-recovery.aspx to help support UMCORs relief and response efforts with your donations to the Advance #901670. Every penny of every donation made via the UMCOR Advance goes to the relief efforts with no administrative overhead costs deducted.