In a surprising and unprecedented turn of events, the delegates of the South Central Jurisdictional Conference elected three bishops on the very first ballot Wednesday, Nov. 2.

The assignments of bishops in the South Central Jurisdiction for the next two years will be announced later this week. 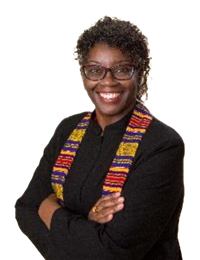 Bishop-elect Williamston has a bachelor’s of science in management and Christian ethics from Manhattan Christian College; a master’s of divinity from Saint Paul School of Theology, with a specialization in evangelism and Black church studies; and is scheduled to receive a doctorate of ministry degree in transformational leadership in improvisational ministry from Phillips Theological Seminary in May 2023. She is a 22-year veteran of the Kansas Army National Guard, rising to sergeant first class, and has also worked for the U.S. Property and Fiscal Office, State of Kansas food stamp department, American Federation for Television and Radio Artists, and a New York law firm. She has one son and seven grandchildren. 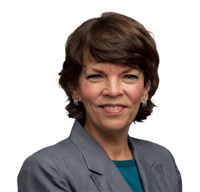 Bishop Elect Laura Merrill, 59, has been Central District superintendent for the Rio Texas Conference since 2021, and has served on the conference cabinet since 2010. Prior to her current position, she was assistant to the bishop and director of clergy excellence for Rio Texas.

A former church secretary, Bishop-elect Merrill served as assistant to the dean and director of communications for Candler School of Theology at Emory University before becoming associate pastor at a church in Victoria, Texas, then pastor of churches in Los Fresnos and Wimberley, Texas. She also served as a missionary in Chilé for the Desert Southwest Conference.

Merrill received a bachelor’s degree in international studies from Southwestern University in 1984, and a master’s of divinity from Candler in 1995. A third-generation United Methodist pastor, she has two children. 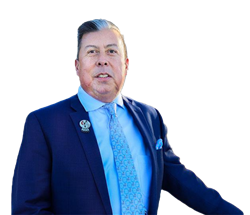 Bishop-elect Wilson, 59, has been the assistant to the bishop for the Oklahoma Indian Missionary Conference since 2021, following 19 years as a conference superintendent for the OIMC. He was lead coordinator for the North Oklahoma City Native American Ministry for eight years, following eight years as a pastor of a church in Norman, Okla.

Bishop-elect Wilson, who is the first native-American elected as bishop in the SCJ, served seven years as director of promotions/interpretations for the OIMC, after being pastor of a church in Tahlequah, Okla., and campus minister for the Native American Campus Ministry program at Northeastern State University. He earned an undergraduate degree in mass communications from Oklahoma City University, a master’s degree in divinity from Phillips Theological Seminary, and an honorary doctorate in humane letters from Bacone College.

In The United Methodist Church, bishops are ordained elders who are called to “lead and oversee the spiritual and temporal affairs of The United Methodist Church.” Bishops, in consultation with district superintendents, are responsible for appointing clergy. They also preside at annual conferences, jurisdictional conferences and General Conference, the denomination’s top lawmaking assembly.
News