See below for more on each of the announced updates to the District teams. 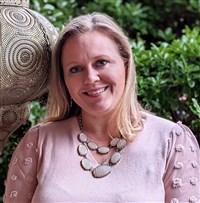 On Dec. 1, 2021, Amy Robbins was named the inaugural Coordinator of Diversity, Equity and Inclusion (DEI) for the Central Texas Conference. While the announcement represented a wonderful opportunity for both Amy and the Conference’s focus on Ending Racism in Our Lifetime, it also meant that the search for a new East District Administrator was on.

Amy has been an incredibly gifted District Administrator for both the East District and the South and Central Districts previously,” remarked East District Superintendent Philip Rhodes. “I want to thank Amy for all that she has taught me about my role as a DS and for the many gifts she brought to her role as a DA. Though Amy will be missed in the district, I’m eager for what she will bring to the conference in her DEI role.


“I am also quite pleased to announce Melissa Shamburger as our new East District Administrator,” continued Philip. "Melissa is highly relational and comes to us with fantastic administrative skills, a background in family life education, nearly two decades of experience in the field of early childhood and adult education and is known to be an engaging speaker with a knack for organization.”

Melissa was born and raised in Fort Worth and was “brought up in the United Methodist Church.” She is a graduate of the University of North Texas with a degree in Human Development and Family Studies. Her calling to serve others has led her to work with children, youth, families, clergy and county officials. In 2010, Melissa began work with Twogether in Texas, a healthy marriage and relationship program, coordinating outreach efforts across 11 counties. In 2011 she expanded her work in the non-profit sector by presenting educational workshops to youth, parents and professionals throughout the community.

“Melissa has a ‘people first’ approach and brings creativity and analytical thinking to her endeavors, said Philip. “Both Melissa and I are excited for her to bring those skills and her compassion for people to East District and the entire CTC.”

Melissa and her husband, David, have three children. They attend Arborlawn UMC in Fort Worth, where she enjoys being a part of children's ministry. In her free time, Melissa loves traveling, musical theater and playing piano. 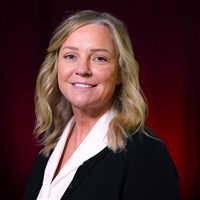 A few weeks after Amy was named the Coordinator of DEI, Cindi Blackburn, the New Church Start (NCS) District Administrator and the Center Administrator for the Smith Center for Evangelism, Mission and Church Growth (CEMCG), announced that she had accepted a position as the Director of Restoration Ministries (Divorce Care, Celebrate Recovery, Grief Share) at First Methodist Mansfield.

“Cindi has been an integral part of the Smith Center and the New Church Start District, and she will be terribly missed by our laity, pastors, and team,” observed Dr. Leah Hidde-Gregory, District Superintendent of the New Church Start District and Executive Director of the Smith Center for Evangelism, Mission and Church Growth. “Restoration Ministries are Cindi’s passion and I know that God is going to do amazing work through her. Cindi came to us from First Mansfield, so this is sort of like going home. I celebrate her having this opportunity to serve in her home church.”

On Jan. 13, Della Connor was selected to fill the hole in the NCS District and CEMCG team. Della, who has served as the District Administrator for the Central and South Districts since December 2020, brings excellent administrative skills and more than 20 years of non-profit and church experience to the multi-faceted role.

“I’m delighted that Della will be joining the Smith Center and New Church Start team,” said Leah. “She has great people skills and is extremely responsive to and compassionate with local congregations, clergy and laity in handling all kinds of issues. Della is detail oriented and will be able to oversee the necessary management aspects of this position, as well as function as an experienced District Administrator with our New Church District.”

As a Texas native living in Central Texas for knocking on 30 years, she has passionately served low-income senior adults, adults with special needs, and domestic and international mission trips to share the promise of salvation through Christian faith. She hopes to bring “harmony, efficiency, and enthusiasm to the position and serve as a valuable resource to the team.” She and her husband, Eric, live in Waco and have one daughter who is currently a Biochemistry student at the University of North Texas. 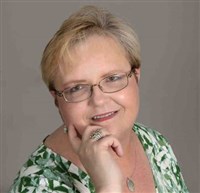 With the transition of Della to her new role, South/Central District Superintendent Beverly Connelly prayerfully set out to find the next District Administrator for the South and Central Districts. On Jan. 24, she announced Kara Miller as that person.

“I thoroughly enjoyed and appreciated the time working with Della and have immense gratitude for all she did for the districts and me personally,” stated Beverly. “I’m happy to know that her talents and gifts will continue to support our mission in her new role. I’m also most pleased to introduce the South/Central Districts and the entire Conference to our new District Administrator, Kara Miller.”

Kara is coming to the South/Central Districts from the Smoky Mountain District of the Western North Carolina Conference. Prior to moving to North Carolina in 2016, Kara served as Northwest District Administrator of the North Texas Conference for 19 years. She is most excited to “come back home to Texas” for many reasons, not least among them being that most of her family is in North Texas.

While Kara comes highly recommended and her vast experience as a District Administrator in the UMC was “DEFINITELY a plus!,” there were many other reasons that led Beverly to believe that Kara was the right person for the South/Central DA role. “When I spoke to her, there was a comfort level between us that felt almost as if we knew each other already,” recalled Beverly. “She speaks openly about her love for the Lord and the churches and pastors she serves. There is an attitude of integrity and thoughtfulness about her, and I am pleased to welcome her to the CTC as our South/Central District Administrator.”