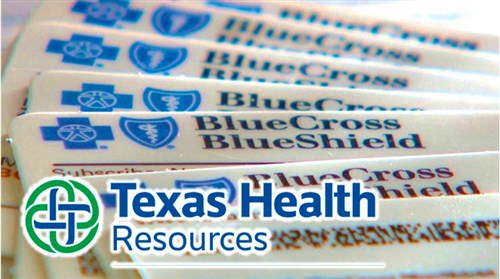 In a statement released Wednesday, April 24 by Blue Cross Blue Shield (BCBS), the largest health insurance provider in Texas stated that as of April 15, the emergency room (ER) doctors at many Texas Health Resources (THR) facilities are no longer in-network providers. THR hospitals remain as in-network facilities; however, many of the ER doctors are employed by a third-party company – in this instance Texas Medicine Resources. BCBS failed to reach an agreement with Texas Medicine Resources, which resulted in the ER doctors employed by that organization to now be out-of-network providers. The hospitals themselves (see full list below) will still be in the Blue Cross Blue Shield network, but their ERs will not.

According to the statement from BCBS, "Since these outside companies are not in our network, there are no limits to what their providers charge, potentially resulting in significantly higher out-of-pocket costs."

According to Shawn-Marie Riley, CTC Benefits Administrator, if a BCBS member does end up at one of the THR ER that uses out-of-network physicians, the plan will apply in-network benefits, but they could be balanced billed if the provider chooses to not accept our rate as payment in full.  Alternative ER options (where the ER physicians remain in-network) include:
News