Bishop Lowry Named to Texas Heath Resources Board of Trustees 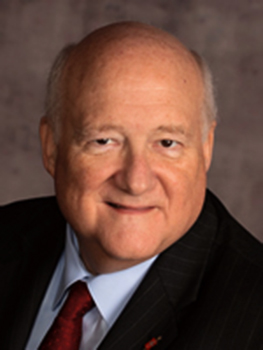 The Texas Health Resources (THR) Board of Trustees has named Bishop Mike Lowry, episcopal leader of the Central Texas Conference of The United Methodist Church, as one of three new members to the board. Previously, he served on the Harris Methodist Health System Board of Trustees from 2008-2014. Kenneth W. Reeves Sr. and Janet DeVries, were also named to the board. All three will serve three-year terms.

In addition to the newest members of the board being named, THR also announced that John R. (Bob) Ferguson III and Wesley R. (Wes) Turner have been elected to serve two-year leadership terms and to help establish the strategic direction for the largest faith-based health care system in North Texas in terms of patients served.

Mr. Ferguson, retired managing director and a board member of TDIndustries, Inc., was elected as the board’s chair. He previously served as board vice chair and succeeds Anne T. Bass as board chair. Mr. Turner, an executive with Advance Newspapers and former publisher of the Fort Worth Star-Telegram, was selected as vice chair.

“Texas Health Resources is fortunate to have all these talented leaders who are dedicated to our mission of improving the health of our patients and individuals in the communities we serve,” said Barclay Berdan, CEO of Texas Health Resources. “I deeply appreciate Anne T. Bass’s dedicated service as chair, and am pleased that the board has selected Bob Ferguson and Wes Turner to serve as chair and vice chair. I look forward to working with each of them as well as Bishop Lowry, Ken Reeves and Janet Devries, as Texas Health continues its work to transform health care in North Texas.”