For Followers of Christ, Cultural Competency Is a Must 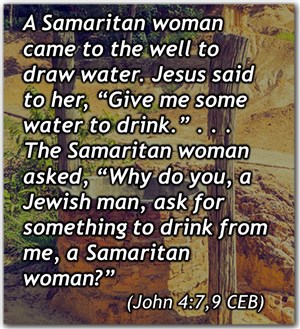 Connecting with people across differences isn’t just a nice thing to do. It’s essential as a follower of Christ, stressed Erin Hawkins, general secretary of the General Commission on Religion and Race at a recent leadership event in the Central Texas Conference (CTC). Drawing from Matthew’s and John’s Gospels, Hawkins showed that Christ commands and expects his followers to embrace others. Jesus demonstrated this when he spoke with the Samaritan woman at the well. As he offered her life-giving water, Jesus modeled that what he offered was not limited to a certain cultural group, and he crossed boundaries to do so.

Organized by the South District leadership team and hosted by Salado UMC, the workshop gathered several dozen laity and clergy together from several CTC districts to learn how best to reach across cultural barriers for the sake of the church and the world.

According to Hawkins, the biggest challenge facing the church is the crisis of irrelevance. Those who are outside the church might wonder if the church has a place for them. They want to know if people in the church share their values and concerns. To reach these new people, she urged participants to build bridges across differences and lead others to do the same.

Hawkins also emphasized that to be a bridge builder, you must first understand where you’re located because you need a firm anchoring point. A person’s cultural identity is multi-faceted because it’s influenced by any number of different factors, such as gender, race, age, vocation and region. Unfortunately, many people lack awareness of how their cultural identities influence the way they see the world and view those around them. Church leaders can bridge differences by helping their congregants become more aware of their own cultural location.

During her CTC visit, Hawkins also met with the Conference Inclusiveness Team, leading the group in what Randy Wild, executive director of the CTC’s Center for Mission Support called “a wonderful conversation regarding some of the issues faced by our pastors and churches in developing ministries within the diverse neighborhoods in which we serve.”

As general secretary, Erin leads The General Commission on Religion and Race in its efforts to equip United Methodist churches to reach more people in their neighborhoods from racially and economically diverse backgrounds as they make disciples of Jesus Christ for the transformation of the world.

In the end, Hawkins emphasized that cultural competency is essential for churches to successfully make disciples in our current contexts. Church leaders play an important role in helping their people become the bridge builders our mission requires.

*Dr. Kevin Walters is director of the CTC Center for Leadership.  kevinwalters@ctcumc.org