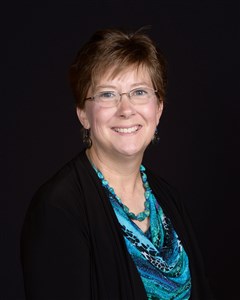 Rev. Laraine Waughtal, who has served as the Central Texas Conference Coordinator of Disaster Response/UMVIM in a conference staff position since 2014, has decided to accept the position of Director of Missional Engagement with the Louisiana Conference effective July 1. Prior to 2014, Laraine served in a non-staff capacity as the CTC Disaster Response Coordinator while serving as a local church pastor.

Laraine’s passion for and calling to minister to those in need during times of disaster – both those directly affected as well as the volunteers working to recover and rebuild – has been an inspiration to the conference even before she officially assumed her official conference disaster coordinator role. As the pastor of Morgan Mill/Bluffdale, she began to be known throughout the CTC and state as a “go to” resource for ERT and UMVIM teams.

However, it was her leadership in responding to the unprecedented disaster situation following the explosion of a fertilizer plant in West, Texas that not only reinforced her reputation, but also established the Central Texas Conference as a connection-wide leader and partner with UMCOR. 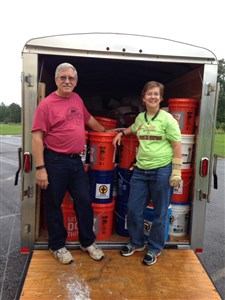 “Laraine has been a valuable member of our Center for Mission Support and the CTC staff. She has been a tremendous resource to those dealing with rebuilding their lives following the fires, floods and tornadoes that have hit the conference in the last few years”, stated Dr. Randy Wild, executive director, CTC Center for Mission Support. “She has led our conference proactively to be ready for any disaster by leading classes, mission trips and several other initiatives that, inspire and teach our local churches how to not only fix the physical issues, like a roof or new drywall, but be aware of how to minister to the mental and spiritual hurts those dealing with disaster often have. She will be greatly missed.”

Please join the CTC Center for Mission Support and all the CTCSC team in prayers of thanksgiving for all that Laraine has done for our conference and will do for the people and local churches of the Louisiana Conference.