Dr. Eric Smith to Retire as THR Head of Faith and Spirituality 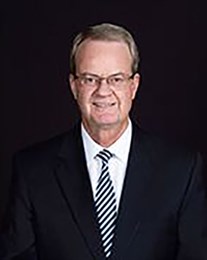 The Central Texas Conference’s own Rev. Dr. Eric Smith, vice president of Faith and Spirituality Integration, Texas Health Resources, has announced that he will retire effective March 31. Since bringing his ministry to the CTC in early 2009, Eric has been a vital part of the strong relationship between the conference and Texas Health Resources – first as the healthcare provider’s senior chaplain and then in an executive role created just to fit his skillset.

Of course, anyone who knows Eric would not be surprised that he says he did nothing special and was just along for the ride. “In my pastoral role, I have supported and encouraged some truly marvelous heroes in healthcare,” Eric said. “There is an old cowboy saying that goes ‘When there is heroing to be done, someone has to stay and hold the horses.’ It turns out that I’m a pretty good horse holder.”

During his 48 years of ministry, Eric has pastored local churches in the Central Texas and Southwest Texas (now Rio Texas) Conferences, served as a chaplain in the U.S. Army, Texas Bureau of Prisons and in the health care industry. In 2011, he was named as the senior chaplain for Texas Health Resources(THR) named him as its first ever vice president of Faith and Spirituality Integration.

Under Eric’s leadership, THR’s pastoral care services were realigned to establish equity of resources and set staffing and productivity standards. He completed re-organization of the chaplaincy component for more effective management and grew the Clinical Pastoral Education program, the Attending Clergy Association and the Foundation Grant endowment. He helped elevate the significance of THR being a faith-based organization and skillfully represented THR and the Central Texas Conference with faith community leaders across the state.

“I will miss the cherished relationships that I have with healthcare givers and leaders, and take with me memories of moments with patients and their families where I was privileged to see God’s love and healing expressed,” Eric replied when asked what he was going to miss most about his active ministry.

“Standing in the doorway between life and death as God’s representative is both a humbling and awesome privilege that I have been granted numerous times,” he continued. “Representing the Central Texas Conference and the church in general to healthcare leaders, and the healthcare industry to the church has been meaningful and important. I am grateful to have been given this opportunity through the years.”

Besides his work in the local church and healthcare industry, Eric is a national and international speaker and author and has served as the U.S. Consultant to European Healthcare Chaplaincy – a professional organization for chaplains in 26 countries. In 2004, his chaplain program was chosen by the Catholic Healthcare Association as its model for the decade.

Eric looks forward to returning to his farm-boy roots and enjoying his family in the days ahead. I have a garden that needs tending, a sweet wife with travel plans and children and grandchildren to love on and enjoy,” he claimed. “I look forward to doing things with my hands while giving my heart and mind a rest.”
News