A Precious Part of History, Spirituals Continue to Heal

by Pamela Crosby*
African-American spirituals are a familiar, precious part of American history. Today their melodies are an integral part of worship services. Often sung as part of Martin Luther King Jr. birthday and Black History Month celebrations, oppressed people worldwide continue to use them as protest and liberation songs.
While these songs have strong connections to historical and personal experiences, the entire function of the spirituals may not be obvious. Songs originating during the slavery years in the United States, 1600 through 1870, are generally categorized as plantation, sorrow and jubilee songs; however, the use of these melodies goes beyond those labels.
African-American spirituals emerged from a mix of the brutal institution of slavery, Christian influences and African culture. The songs expressed a yearning for a better life, claimed identification with the children of Israel, named the slave owner's deceit and hypocrisy, underscored the need for a closer walk with God, identified the reality of Satan and emphasized the slave's hope for freedom and the future. Love, grace, mercy, judgment, death and eternal life are among the themes enfolded in these songs.
The spirituals offer a historical record revealing the slave's struggle for freedom and survival, and yet reflect the exciting worship experiences that expressed their hope for life's possibilities. 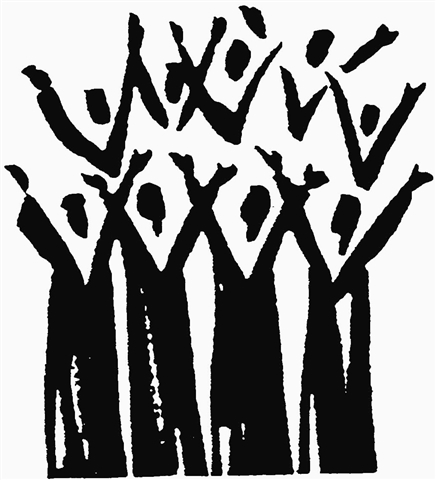 The slave's acceptance of Christianity, while experiencing the conflicting behavior of slave owners, is a testament to the power of the gospel. Often slaves believed that the salvation and new life of which they learned when "worshipping" with their owners would happen not on earth, but, rather, when they went to heaven. While many slaves understood God's promises were meant for all people while on earth, they also knew they could not openly pray for deliverance and equality. The traditional spiritual "All God's Chillun Got Shoes" mentions having shoes — something most slaves did not have — plus a robe, a harp, a crown and wings, As they sang it, the slaves also knew none of these were actually available on earth.
Ah gotta shoes, You gotta shoes
All o' God's chillun gotta shoes.
When Ah git to Heab'n gonna put on mah shoes
Gonna walk all ovah God's Heab'n.
Imagine hearing of a God who loves and cares for all, who provides for needs and urges God's children to ask for their needs, but all the while being afraid to request openly for fear of beating or death. The "invisible church" developed as a place for slaves truly to express their concerns.
In their songs, the slaves named issues and fears they could not express publicly. Meeting in the woods or arbors, out of the sight and hearing of slave owners and overseers, the slaves were free to worship and praise, to express their true feelings and to offer unbridled prayers and requests to God. They could lay their burdens down and find strength to face another day.
Many of the spirituals carried dual meanings and symbolic messages unknown to slave owners. The lyrics of "Steal Away" alerted slaves that a religious meeting would occur that night; slaves sang the song all day until they notified everyone. Underground Railroad conductor Harriet Tubman used the spirituals "Wade in the Water" and "Deep River" to warn slaves to travel in the water to throw off their scent from the bloodhounds.
The lyrics of "Ride On, King Jesus" were an answer to the mistreatments by slave masters, who were no match for the God who was on the slaves' side.
Ride on, King Jesus, No man can a-hinder me...
King Jesus on a milk-white horse, No man can a-hinder me.
The text of many spirituals, such as "Ezekiel Saw the Wheel" and "There Is a Balm in Gilead," came directly from the Old Testament. As he grieved over the sin of the Israelites who had turned their backs on God, the prophet Jeremiah posed the question, "Is there no balm in Gilead?" In their new religion, enslaved Africans found the answer in Jesus Christ.
There is a balm in Gilead to make the wounded whole;
There is a balm in Gilead, To heal the sin-sick soul.
Don't ever feel discouraged, for Jesus is your friend,
And if you lack for knowledge, he'll ne'er refuse to lend.
Just as the text of this soothing spiritual captures a timeless message, the strength and power of African-American spirituals speaks to the continual relevance of these songs and the reason they still heal souls today.
*Pamela is a freelance writer and producer and the Executive Director of Black Methodists for Church Renewal based in Nashville, Tenn.
If you’d like to learn more about the history and power of African-American spirituals, visit any of the links below.
"Negro Spirituals and Their Legacy in American Culture".
"African-American Spirituals"
The Trouble I've Seen: The Big Book of Negro Spirituals, Bruno Chenu, Judson Press.
In Spirit and In Truth, The Music of African American Worship, Melva Wilson Costen, Westminister John Knox Press.
Reclaiming the Spirituals: New Possibilities for African American Christian Education, Yolanda Y. Smith, The Pilgrim Press.
News