The United Methodist Church’s efforts to battle malaria and HIV in the Democratic Republic of Congo (DRC) will get a boost, thanks to a $1.3 million grant from the Global Fund to Fight AIDS, Tuberculosis and Malaria.

Using a comprehensive global health approach, the funding will be used to implement a program to reduce death and suffering from both malaria and HIV, two diseases that affect millions of people in the DRC and account for billions of dollars in lost productivity in Africa. The program will emphasize training of health professionals and communities to adequately diagnose and treat malaria and HIV, as well as the provision of health facilities, medication and supplies needed to do so. 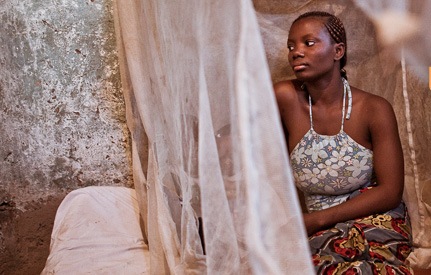 The grant is the second for The United Methodist Church in the DRC, which received $400,000 in 2011 to conduct malaria-control programming that benefited about 300,000 people living in about 200 communities. The new grant will allow UMCOR and their partner Santé Rural (Rural Health) to expand their malaria work to additional health zones while also beginning HIV/AIDS programming in areas encompassing more than a million people. Santé Rural (Rural Health), established by the Christ Church of the Congo in the 1980s to improve rural health in the DRC, manages funds received from local government and international organizations and distributes them among partner groups working toward the same goal.

“This is a chance for us to broaden our experience in HIV programming,” said Amber Kubera, UMCOR Senior Program Manager.  The grant also provides an opportunity to expand the malaria programming for which UMCOR is already well known.

The grant was made possible through the joint efforts of UMCOR (United Methodist Committee on Relief) and Imagine No Malaria, who are working together to create health infrastructure through the creation of in-country health boards. (Read more about how health boards are empowering communities)

Through Imagine No Malaria, The United Methodist Church was the first faith-based organization to partner with The Global Fund to Fight AIDS Tuberculosis and Malaria, the world’s leading source of funding to fight diseases of poverty in developing countries.

“This is exactly what we had hoped for when we initiated this partnership,” said Bishop Thomas Bickerton, chair of the United Methodist Global Health Initiative. “We’ve opened a door that can potentially benefit broad-based United Methodist efforts towards improving global health that goes even beyond the Imagine No Malaria campaign.”