French-speaking residents of North Texas will have a Christian worship service they can call their own beginning Sept. 2.
Richland Hills United Methodist Church has announced it will officially open the doors on a new service celebrated entirely in French at 2 p.m., Sunday Sept. 2. The new French language service will be primarily a blended service, employing both traditional and contemporary worship styles, with everyone encouraged to come as they are to meet and celebrate the glory of the risen Christ.
The new French service is a joint effort between the people of Richland Hills UMC and the Central Texas Conference Center for Evangelism & Church Growth to reach out to people in the area in new ways. Rev. Abel Batupu Ditu, lead pastor for the new French service, feels that the time is right to launch a service aimed at those for whom French is their first language.
“The United Methodist Church and the Central Texas Conference has a wonderful tradition and record of starting services and whole churches for people who speak something other than English as their first language,” said Rev. Ditu. “We have places for people who speak Spanish and Asian languages, and it is time we opened our doors for French as well.”
The new French service began as a Sunday school class conducted in French. As the popularity and attendance of the class grew, it became obvious to the leadership at Richland Hills UMC that offering a full worship experience in French would help fill a spiritual void in the North Texas community.
Rev. Ditu, who is from the Congo, is quick to point out that this service is designed to be inclusive to any and all French speaking persons. “This is not an African-language service, it is a French service. Our services will be inclusive to all regions who speak French – European, Asian, African or American alike.”
Rev. Gary Lindley, executive director, Central Texas Conference Center for Evangelism & Church Growth, is thankful for and encouraged by the possibilities this new service brings to the people of North Texas. “One of the four focus areas for our conference is to identify, cultivate and support new places for new people to worship as well as transform existing congregations,” stated Rev. Lindley. “The new French service at Richland Hills is an exciting example of how the churches all across our conference are reaching out to the people in their communities in fresh and exciting ways.” 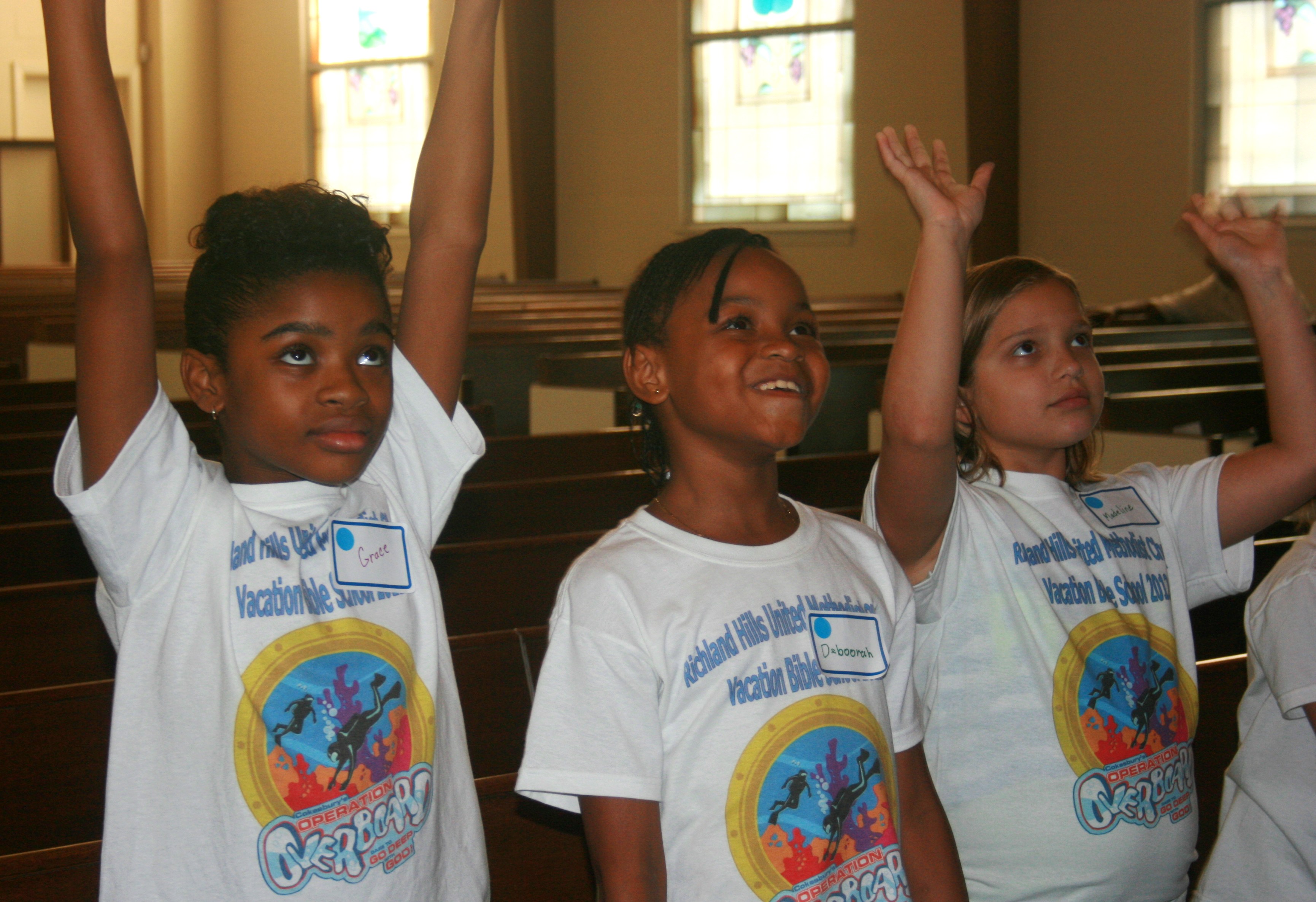 While the French-language service is designed to minister to and provide for the French-speaking community, it is just one of the myriad ways Richland Hills is reaching out to that community of faith. Another way is the recently completed Vacation Bible School (VBS) that was conducted in English and French. “We started [our ministry] with the Sunday school,” said Rev. Ditu. “VBS is the continuation of that effort and the French speaking service completes the circle of what the church is doing.”
“This is an exciting time for the people of Richland Hills United Methodist Church,” replied Danny Tenney, senior pastor, Richland Hills UMC, when asked how his congregation was preparing for the newest edition to it ministries. “Inclusiveness is one of the core values of the United Methodist Church and a standard practice at Richland Hills. Our church’s mission is to be servants of Jesus Christ in the world by sharing the Word and ministering to all. We feel quite blessed to be able to work with Rev. Ditu on this groundbreaking ministry for the conference.”
Richland Hills United Methodist Church will host an Inauguration Ceremony for the French service at 2 p.m., Sunday, Sept. 2 in the sanctuary of Richland Hills UMC, 7301 Glenview Drive, North Richland Hills, Texas, 76180. Click on the image below to download and print the official flyer for the inaugural service. The one on the left is in French, the right is the English version.
News