Ths Spirit of Christmas is Alive and Well and Sweeping Across the U.S. in a Unique Way

The spirit of Christmas is sweeping across the country and it is a story worth telling. In the spirit of the season, “Secret Santas” have been going to K-Marts and some other discount outlets and paying off other people’s layaway bills for Christmas presents. While you could Google up “Layaway Santa” and get a hundred stories like the one below happening from sea to shining sea, this one from the Associated Press was the first and favorite one to come across the ctcumc.org editor’s desk. Please enjoy and share with your family, friends and congregations. 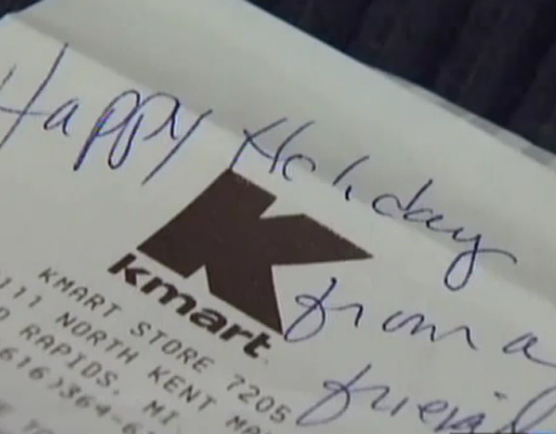 The young father stood in line at the Kmart layaway counter, wearing dirty clothes and worn-out boots. With him were three small children. He asked to pay something on his bill because he knew he wouldn't be able to afford it all before Christmas. Then a mysterious woman stepped up to the counter.
"She told him, 'No, I'm paying for it,'" recalled Edna Deppe, assistant manager at the store in Indianapolis. "He just stood there and looked at her and then looked at me and asked if it was a joke. I told him it wasn't, and that she was going to pay for him. And he just busted out in tears."
At Kmart stores across the country, Santa seems to be getting some help: Anonymous donors are paying off strangers' layaway accounts, buying the Christmas gifts other families couldn't afford, especially toys and children's clothes set aside by impoverished parents.
Before she left the store Tuesday evening, the Indianapolis woman in her mid-40s had paid the layaway orders for as many as 50 people. On the way out, she handed out $50 bills and paid for two carts of toys for a woman in line at the cash register.
"She was doing it in the memory of her husband who had just died, and she said she wasn't going to be able to spend it and wanted to make people happy with it," Deppe said. The woman did not identify herself and only asked people to "remember Ben," an apparent reference to her husband.
Deppe, who said she's worked in retail for 40 years, had never seen anything like it. "It was like an angel fell out of the sky and appeared in our store," she said.
Most of the donors have done their giving secretly.
Dona Bremser, an Omaha nurse, was at work when a Kmart employee called to tell her that someone had paid off the $70 balance of her layaway account, which held nearly $200 in toys for her 4-year-old son. "I was speechless," Bremser said. "It made me believe in Christmas again."
Dozens of other customers have received similar calls in Nebraska, Michigan, Iowa, Indiana and Montana. The benefactors generally ask to help families who are squirreling away items for young children. They often pay a portion of the balance, usually all but a few dollars or cents so the layaway order stays in the store's system.
Kmart representatives say they did nothing to instigate the secret Santas or spread word of the generosity. But it's happening as the company struggles to compete with chains such as Wal-Mart and Target. "It is honestly being driven by people wanting to do a good deed at this time of the year," said Salima Yala, Kmart's division vice president for layaway.
The good Samaritans seem to be visiting mainly Kmart stores, though a Wal-Mart spokesman said a few of his stores in Joplin, Mo., and Chicago have also seen some layaway accounts paid off. 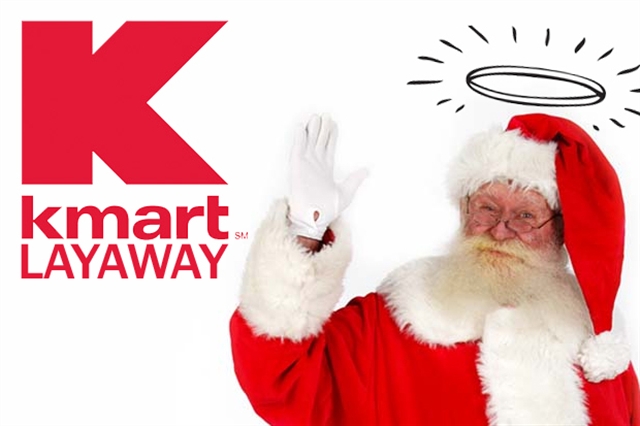 Kmart may be the focus of layaway generosity, Yala said, because it is one of the few large discount stores that has offered layaway year-round for about four decades. Under the program, customers can make purchases but let the store hold onto their merchandise as they pay it off slowly over several weeks.
The sad memories of layaways lost prompted at least one good Samaritan to pay off the accounts of five people at an Omaha Kmart, said Karl Graff, the store's assistant manager. "She told me that when she was younger, her mom used to set up things on layaway at Kmart, but they rarely were able to pay them off because they just didn't have the money for it," Graff said.
He called a woman who had been helped, "and she broke down in tears on the phone with me. She wasn't sure she was going to be able to pay off their layaway and was afraid their kids weren't going to have anything for Christmas."
"You know, 50 bucks may not sound like a lot, but I tell you what, at the right time, it may as well be a million dollars for some people," Graff said.
Graff's store alone has seen about a dozen layaway accounts paid off in the last 10 days, with the donors paying $50 to $250 on each account. "To be honest, in retail, it's easy to get cynical about the holidays, because you're kind of grinding it out when everybody else is having family time," Graff said. "It's really encouraging to see this side of Christmas again."
Lori Stearnes of Omaha also benefited from the generosity of a stranger who paid all but $58 of her $250 layaway bill for toys for her four youngest grandchildren. Stearnes said she and her husband live paycheck to paycheck, but she plans to use the money she was saving for the toys to help pay for someone else's layaway.
In Missoula, Mont., a man spent more than $1,200 to pay down the balances of six customers whose layaway orders were about to be returned to a Kmart store's inventory because of late payments. Store employees reached one beneficiary on her cellphone at Seattle Children's Hospital, where her son was being treated for an undisclosed illness. "She was yelling at the nurses, 'We're going to have Christmas after all!'" store manager Josine Murrin said.
A Kmart in Plainfield Township, Mich., called Roberta Carter last week to let her know a man had paid all but 40 cents of her $60 layaway. Carter, a mother of eight from Grand Rapids, Mich., said she cried upon hearing the news. She and her family have been struggling as she seeks a full-time job. "My kids will have clothes for Christmas," she said.
Angie Torres, a stay-at-home mother of four children under the age of 8, was in the Indianapolis Kmart on Tuesday to make a payment on her layaway bill when she learned the woman next to her was paying off her account. "I started to cry. I couldn't believe it," said Torres, who doubted she would have been able to pay off the balance. "I was in disbelief. I hugged her and gave her a kiss."
News