New Poll Shines Light on What Attracts People to Church

Opportunities for spiritual growth and authentic community are top motivators for churchgoing, according to a newly released survey by Barna Group. 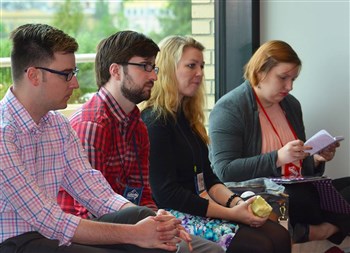 Barna’s study sought insights about what young-adult spiritual “seekers” in the United States expect from churches. The Christian research organization defined these seekers as Americans currently ages 18 to 34 who are not active churchgoers or committed to a congregation but nevertheless indicate interest in spiritual matters.

Survey respondents cited the following top reasons to head to church:
David Kinnaman, president of Barna and director of the study, said church leaders can use the findings to offer genuine community for young seekers across life experiences. “Young adults are connected to social media nearly every waking hour, but four of the top-five reasons they might attend church point to a profound need for community that is deeper than what's available virtually,” Kinnaman said. “In fact, twice the number of U.S. adults tell us they are lonely compared to 10 years ago — and that relational gap represents a real opportunity for churches that want to reach young seekers.”

The United Methodist Church long has faced decreasing membership and attendance in the United States. However, empty pews are not just a problem for the UMC in the U.S. For example, the Southern Baptist Convention in June reported declining membership for the ninth consecutive year. Its worship attendance and baptisms also are on the downswing.

No question: Today’s faith communities have their work cut out for them when it comes to reaching new people.

However, Kinnaman pointed to Barna research that indicates The United Methodist Church in particular benefits from some built-in good will. The group’s survey found that favorable impressions of The United Methodist Church have increased from 25 percent in 2011 to 40 percent in 2015. In the most recent survey, nearly three-quarters - 74 percent - liked the denomination’s tagline “Open Hearts. Open Minds. Open Doors.”

A number of United Methodist churches already counter the cultural trends that keep Americans otherwise occupied on Sunday mornings. In fact, as of 2014, about 30 percent of U.S. United Methodist congregations were growing in worship attendance - a growth trend that continued in the Central Texas Conference in 2015 as 29 percent of its local churches recorded increases in worship attendance. Though overall worship attendance numbers were down nearly one percent, 90 Central Texas local churches saw increases in 2015, with 15 congregations recording an increase of 20 percent or higher.

Barna’s Seeker Study used a national, random and representative sample of 406 young adults across the United States, drawn from an online panel. Individuals on the panel were screened to identify people who met the criteria of a seeker.

The person also needed to answer “yes” to at least four of the following statements:
Barna weighted the sample by gender and region to be nationally representative. Research took place Nov. 26-Dec. 7, 2015. The margin of error is 4.7 percentage points, and the survey has a 95 percent confidence level. Barna estimates the survey findings represents 20-25 million Americans, about one-tenth of the U.S. adult population.