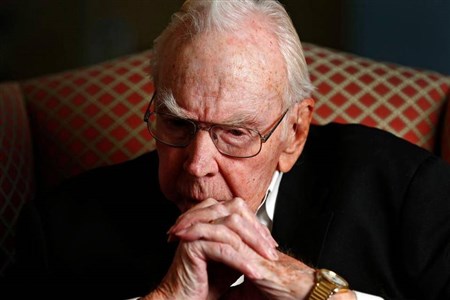 Much has been written and remembered about the political life and impact of James Claude “Jim” Wright Jr. since his passing last Wednesday, May 6, at the age of 92, and rightfully so. Jim Wright served the country, the state and, most directly, the Fort Worth and North Texas area as a member of the U.S. House of Representatives for more than 30 years, culminating in his election as Speaker of the U. S. House of Representatives in 1987.

“Jim represented the people of his beloved Texas for over three decades,” President Barack Obama said in a statement. “He was a committed public leader and a proud World War II veteran who dedicated much of his life to serving his country.”

“Speaker Jim Wright’s footprint in Fort Worth and North Texas is large,” said U.S. Rep. Kay Granger, the Republican who now represents the 12th District. “He was instrumental in projects that helped build this state and particularly North Texas to the prominent place it holds today.”

Yes, Jim Wright will be long-remembered as a dedicated and influential public servant, However, beyond his steadfast leadership and dedication to the people of the Fort Worth area and all of America, Speaker Wright was also quite active in the workings of the Central Texas Conference in the 1990’s and early 2000’s, and a faithful member of First Fort Worth UMC until the day he died.
“Jim Wright was a vital and vibrant part of the Central Texas Conference for many years following his retirement from Congress,” observed Bishop Mike Lowry, episcopal leader for the Central Texas Conference. “He was a gifted, loving servant of Christ who brought the same level of focus and dedication to his work in the conference as he did in Congress. Our prayers and thoughts and gratitude go out to his family and those closest to him.”

Following his retirement from Congress and up until his health dictated otherwise, Speaker Wright served and/or led many different committees, boards and foundations within the CTC, including director of the Texas Methodist Foundation, the District Committee on Ministry (DCOM) and a lay member to Annual Conference. 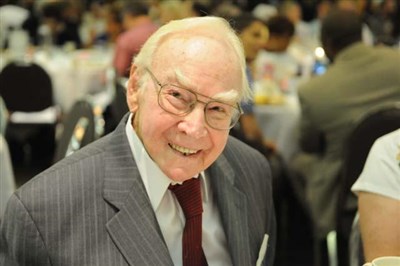 Those that served with him found him to be down to earth, dedicated and quite serious about the business at hand.

“Even though he introduced himself to me the first time we met as Jim, I always referred to him as Mr. Speaker,” remembered Dr. Randy Wild, executive director, Central Texas Conference Center for Mission Support and Conference Secretary. “His dedication to the church was strong and powerful and I’ll always admire him for the seriousness that he brought to every task. Whether it was interviewing a potential clergy member, debating the merits of a sermon, or simply in conversation about life in general, he took it as serious as if it was debating the merits of any bill he ever debated in Congress.”

His dedication to the church wasn’t reserved for high-profile conference-level committees and events. Speaker Wright understood that the local churches are the most vital component in our mission to make disciples of Jesus Christ and was an active member of First UMC Fort Worth. According to those he called his church family, he lived out the vows to uphold the church with his prayers, presence, gifts, service and witness in every aspect of his life.

“Jim was an outstanding leader whose deep faith was lived out in the way he treated others, his passion for justice and his own relationship with God,” said Dr. Tim Bruster, senior pastor, First UMC Fort Worth. “He lived out the words of Micah: he did justice, he loved kindness and he walked humbly with God. When I visited him in the hospital and ended my prayer with him, he always prayed after me and always included me and others in his prayer. What a gifted, loving servant of Christ!”


*Vance is the director of Communications & IT for the CTC.  vance@ctcumc.org
News