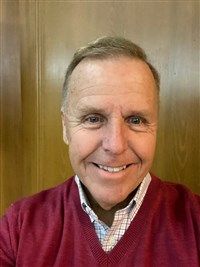 He entered Jericho and was passing through it. 2 A man was there named Zacchaeus; he was a chief tax collector and was rich. 3 He was trying to see who Jesus was, but on account of the crowd he could not, because he was short in stature. 4 So he ran ahead and climbed a sycamore tree to see him, because he was going to pass that way. 5 When Jesus came to the place, he looked up and said to him, “Zacchaeus, hurry and come down; for I must stay at your house today.”

Years ago, Dr. Don Benton told a about an occurrence during a U.S. census year. One of the census takers went up to a house where there were several children.  He asked the mother, "How many children do you have?"  The mother responded by giving the names of the children.  "There is Mary and John and Tom…" and as she continued the census taker interrupted, "I don't need to know their names, only their number."  The mother replied, "Sir, my children don't have numbers, they have names."

In the church I serve, we take a moment during our weekly staff meeting to mention the names of those who are repeat worship visitors. We ask for staff members to share anything they may know about these persons – their appearance, where they were sitting, if they’re friends with someone in the church who may have invited them. This is our way of remembering and respecting that they are more than numbers or potential dollars – they have names and are children of God. We all covenant together to try and greet them next time they’re here and call them by name if possible.

Even in churches where this seems impossible – those who may have dozens of first-time visitors every week – this practice, I think can be modified so that those who are return guests are known and welcomed.  The extent to which we are willing to learn about, welcome, and know by name the people whom the Lord gives us an opportunity to reach tells something about us, and how much we value that opportunity and those persons. Yes, they will be connected to us in a special way if and when they join the church, but they matter to God and are our brothers and sisters prior to that happening – and whether it happens or not.

The way the story of Zacchaeus is told in the Bible, we can get the impression that Jesus magically knew the tax-collector’s name and situation. In my own imagination, I prefer another possibility: that having spotted Zacchaeus up in the tree, Jesus asked someone close by, “who is that guy who’s up in that tree?”  That person may have been the one who also shared Zacchaeus’ less-than-stellar reputation. But that’s when Jesus, realizing that this fellow had made such an effort to get a look at him, called to him by name: “Zacchaeus! Come on down. I want to come over to your house!”

We all wish for some magical technique in our efforts to reach out in Christ’s name, and to evangelize on behalf of the church. Maybe one of the best ways is to simply realize we’re dealing with people, not numbers, and that each person has a name. We should at least try to learn that name. Who knows? We might even be invited into their house one day.