The Morris DeLaney Walker award was established to recognize the 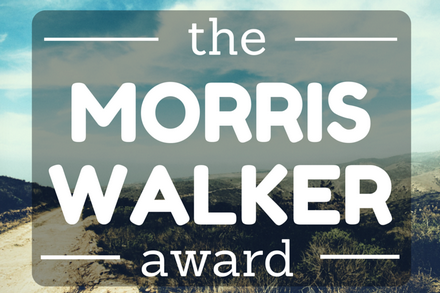 distinguished and exemplary service provided to The United Methodist Church as a conference lay leader by Morris DeLaney Walker (1909-1972). Morris was outstanding in how he filled his duties, but  also set a high standard of service that was reflected throughout the conference. Morris often remarked that it was his parents who taught him give of himself. He once said that  “[My parents] taught me to tithe my abilities and time as well as my income for the benefit of the church. I have found the opportunity of being some small service to the church most gratifying.”

Mr. Walker’s jovial and delightful personality assisted in his role of encourager to the members with whom he worked, and he met life with twinkling eyes and a mischievous grin. Still today, those who knew him like to tell of their adventures with Morris Walker.

Morris served as president of the District Board of Missions and president of the Protestant Men’s Council of Tarrant County. He was one of the initial 24 directors of the Metropolitan Board of Missions and one of its three incorporators. A member of Meadowbrook [United] Methodist Church from the time of his youth, he served as lay leader, district lay leader for the church’s Fort Worth East District and Conference lay leader.

During the early 1960s, while carrying a full work load and serving in many positions in the Central Texas Conference and beyond, he rarely missed Monday night visitation meetings in his church. His beyond-the-local-church activities did not keep him from being an exemplary witness in his local church. In 1963, Morris represented the Methodist Church in Denmark through a United Nations cultural and spiritual exchange for a six-week period. He was Methodist representative to the United Nations Conference where he met Bishop Desmond Tutu.

He excelled in his professional and community life. He worked for Mrs. Baird’s Bakery for 42 years, holding the highest position of a non-Baird family employee. He spent as much time in church work as in his job and the bakery supported it. He was a faithful disciple of Christ whose work was an example for all who knew him.

The Morris DeLaney Walker Award was established in 1973 with the intent of honoring and acknowledging an outstanding layperson who demonstrated the distinguished and exemplary service to their local church, community and conference as modeled by Mr. Walker. The award includes a $500 scholarship for continuing spiritual education.

Nominations are now open and must be received by April 15, 2022. Nomination letters can be as elaborate as you wish, but only a single letter of recommendation (per person nominated) describing the “above and beyond” ministries of the nominee is required. Previous Walker Award recipients are not eligible for the award. Nomination letters, along with any accompanying support materials or other letters of recommendation, should be signed by at least one nominator and emailed to Central Texas Conference Lay Leader Darlene Alfred at darlenealfred@ctcumc.org or sent via snail mail to Darlene Alfred, c/o CTC Service Center, PO Box 50517, Fort Worth, TX 76105.

Nominations for the 2015 Morris Walker Award will be accepted through May 1. Laypersons nominated for this award should exemplify the "above and beyond" service to the church as Morris Walker did. Previous Walker Award recipients are not eligible for the award.

Nomination letters can be as elaborate as you wish, but only a single letter of recommendation (per person nominated) describing the “above and beyond” ministries of the nominee is all that is required. Nomination letters, along with any accompanying support materials or other letters of recommendation, should be signed by at least one nominator and emailed to Central Texas Conference Lay Leader Kim Simpson at kimsimpson@ctcumc.org or sent via snail mail to Kim Simpson, 3905 Lake Powell Dr., Arlington, TX 76016. This year’s awards will be announced during the annual conference meeting in White's Chapel UMC in Southlake, Texas, June 7-9.