God’s Passion for the Lost 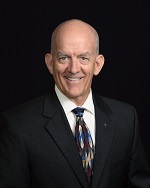 “But God demonstrates his own love towards us in that while we were still sinners, Christ died for us.”  Romans 5:8

From the beginning of the Bible to the very end, one of the Bible’s constant themes is God’s passion for the lost.  He was even passionate before creation.  In I Peter 1:20, we read about Jesus and that, “He was destined before the foundation of the world, but was revealed at the end of the ages for your sake.” Can you imagine the discussion about salvation that went on in heaven before the creation of the world?

Isn’t it awe-inspiring to think that prior to creation every detail of God’s gift to us in Jesus Christ had been planned?  Nothing was left undone, and best of all, no one’s need for salvation had been overlooked.  So when Jesus came, His life, death, and resurrection were all a visible reality of God’s passion for all humankind. Then as the Biblical story unfolds we begin to read about the passion of God.  Can you imagine what was happening in the heart of God at that the time of Noah?  His creativity and is created order were now turned back into chaos.  However, in the midst of all that, there was one man whose name was Noah who had still chosen to connect to and rely upon God.  So God spoke to Noah.  When He spoke to Noah, God shared His heart and His passion.

That heart and passion were not primarily about destruction-rather they were primarily about salvation-salvation for the lost. How do we know that?  We can better understand God’s passion for the lost when we look at the size of the Ark.  The Ark was 450 feet long, 75 feet wide and 45 feet tall.  Why did God want the Ark so large? God wanted Noah to build the ark that large for three reasons.  First, he wanted it to take a long, long time to build.  It took Noah one hundred years to build the ark.  Second, God wanted it to be large enough to hold all the animals, food, and Noah’s family.  However, the third and less obvious reason God wanted it that large was not for the animals.  The third, but primary reason is because God wanted to give people plenty of time to repent.  God wanted Noah to build a large Ark so there would be plenty of room for the animals, plenty of room for food, plenty of room for Noah’s family, and plenty of room for all the people whom God hoped would repent and join Noah and his family and be saved from the flood.  Over the years, as the Ark was being built, people had plenty of time to watch Noah and examine their own behavior.  There was plenty of time to repent and join Noah in experiencing God’s passion.  As we read in II Peter 3:9, “The Lord is not slow about His promises, as some think of slowness, but is patient with you, not wanting any to perish, but all to come to repentance.”

After the flood, God knew that even though the human race was beginning again with Noah’s family, the inner character of humankind would not change.  Yet God was still willing to show His passion by establishing a covenant with Noah and all future generations. Many years later God did the same thing for you and me through His Son, Jesus Christ.  God initiated the New Covenant through His Son, Jesus.  Jesus came into this earth and carved a path where there was no path and made a way where there was no way.  In Romans 5:8, we read these words, “But God demonstrates his own love towards us in that while we were still sinners, Christ died for us.”  That all happened because Jesus Christ came into our world at the point of our need.  He made a way through human sin when there was no way; He carved a path where there was no path.  The God initiated covenant with Jesus Christ visibly shows God’s passion and that God is willing to make a commitment to us before He ever asks for a commitment from us.

In the story of Noah, it was God who took the initiative to redeem His people.  We do not know all the details as to “how” Noah managed to build the ark.  But we do know “why” God gave him the vision, skill, resources, and determination.  God did it to save His people.

Likewise, when the time was right, God took the initiative to be born as a human being whose name was Jesus.  We do not know “how” the full divinity of God squeezed into the body of a human being.  But we do know “why.”  He did it to live out His passion and to save us from our sins.  When any river is in flood stage we need a safe bridge in order to cross.  In our life, in the midst of the rising river of our human sin, how do we build a bridge that will lead us to safety?  Or how do we find a bridge that will lead us to safety?  Very simply and honestly; we don’t.  We can never build a bridge by our own efforts, and we can never find the bridge by our own initiative. Rather, the bridge was built for us, and the bridge always finds us.  In the midst of the rising river of human sin, we needed an indestructible bridge not made by human hands.  We needed a bridge that could only be made and paid for by the blood stained hands of the Son of God.  Not only did God take the initiative for Jesus to be born at the right time but “Christ died for sins once for all, the righteous for the unrighteous, to bring you to God.” (I Peter 3: 18).  In Jesus, God not only provided the bridge, but God was the bridge to redeem His people.

God’s passion for the lost never grows dim. His mercy never ceases. His eyes never slumber. His hands never rest. His shoulders never grow weary of carrying the burdens of people.  Because our God, the God of the Bible, the Father of the Lord Jesus Christ is passionate for the lost.