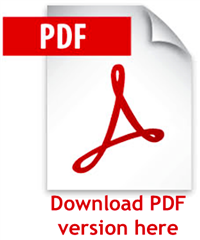 GC19 Actions and Facts – What was decided

The following is a high level, bullet pointed summary of what was decided at General Conference and other facts that may prove helpful as background information. The below are not intended to be suggested talking points, those are offered on the next page. Rather this is intended as background and factual information for your use should you wish to issue a statement.

The following are some suggested talking points to use when answering questions about General Conference – how people should be reacting, what it means for the local churches going forward, etc.