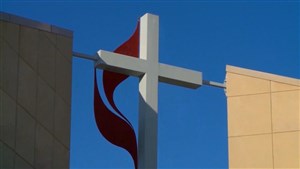 Recently, a new proposal to General Conference titled Protocol of Reconciliation and Grace Through Separation has been published. In my comments following the release of “The Protocol agreement,” I specifically referenced Ephesians 1:22-23. I deeply believe that God, in Christ, through the power and presence of the Holy Spirit is reforming the church once again. No matter how unclear the future is to us, we know who holds the future! I write today, in part, to re-emphasize my call to prayer for General Conference as a whole and our CTC Delegation in particular; my urging of a careful reading of the proposed Protocol of Reconciliation & Grace Through Separation statement; and a heartfelt invitation to engage in respectful dialogue and conversations that span the theological divide. Vance Morton, the Central Texas Conference Director of Communications and IT, has pulled together a FAQ document, which should help greatly in understanding “the Protocol” document. You can access and/or download the FAQ at ctcumc.org/TheProtocol_FAQ. Several reports in the secular press have given inaccurate impressions regarding the immediate import of this proposal.

Click here to read more, including the seven key points offered to help clear up any misconceptions of the immediate future of the UMC. 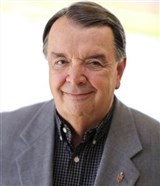 Bishop Michael Coyner, retired Bishop of Indiana Area, died today January 8, 2020.  Bishop Coyner had been diagnosed with esophageal cancer that had spread to his liver. He served churches of various sizes in the North Indiana Conference, served as a District Superintendent, and was also the Executive Assistant to the Bishop. He was elected a bishop of the United Methodist Church in 1996 and was assigned to serve the Dakotas Area, where he served two terms.

In 2004, he has assigned to return to the Indiana Area as Bishop. He oversaw the life and ministry of 1250 United Methodist congregations in the North and South Indiana Conferences, comprising more than 225,000 members.  Read more here.

A diverse, 16-member group, which included eight United Methodist bishops and eight representatives from centrist, progressive and traditionalist United Methodist advocacy groups, has announced a plan to move the denomination beyond its

decades-long impasse over same-sex marriage ceremonies in UMC churches and the ordination of self-avowed, practicing homosexuals. The proposed plan, titled the Protocol of Reconciliation & Grace Through Separation, received unanimous support from all contributing parties and proposes the formation of a new, traditionalist Methodist denomination as the best way to resolve the continued tensions in the church over conflicting views related to human sexuality. Legislation to implement “The Protocol” statement – an eight-page document which details terms of a split of the 13+ million-member church - is expected to be put before the 2020 General Conference during the May 5-15 legislative meeting in Minneapolis, Minn.

“I commend to the clergy, lay members and friends of the Central Texas Conference of The United Methodist church a prayerful and careful reading of the proposed Protocol of Reconciliation & Grace Through Separation statement,” said Bishop Lowry upon the statement’s release. He was quick to dispel misconceptions from various news reports that today’s announced Protocol agreement cemented a split in the denomination. “Only General Conference can make such decisions,” stated Bishop Lowry. “It is important to understand that this is only a proposal – the Book of Discipline has not changed and nor can it until General Conference meets this May."

Read more here or by clicking the title above.