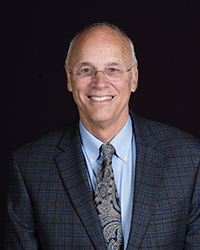 Mike was also part of the Leading Edge, a collective of senior pastors from the top 100 attended Methodist churches for eight years and was the Chair of the Exodus Project that refocused and restructured the conference in 2010. Additionally, Mike has served as Chair of the Division of Elders for the Board of Ordained Ministry for 10 years, Chair of Church Growth and Development for two years and has been both a coach and lead consultant for the Healthy Church Initiative. Mike is married to Rhonda, and they have three children, ten grandchildren and one great-grandchild.

You may also want to be careful if you are taking pictures while he's in the vicinity, we hear he’s quite the photo-bomber.