Way, Way Back to the Future Part I ©

On June 21, at our recently concluded annual meeting of the Central Texas Conference (CTC), I delivered what I believe will be my last episcopal address to the CTC – “Way, Way Back to the Future: Envisioning a New Spring,” I am sharing a printed version in a series of three blogs. The following is the first of that series and contains an extended introduction by way of setting the context in our time and culture. Moving from the context, I share my perception of what I’ve termed “The Hunger of Our Times.” - Bishop Mike Lowry

The third Council of Bishops meeting I attended as new bishop was held in the fall of 2009 at Bethesda, Maryland, just outside of Washington D.C. During the week-long Council meeting, we took one afternoon to go and lobby Senators and Representatives at the U.S. Capitol. Along with three other active bishops serving in the State of Texas at that time, we visited Senator John Cornyn’s office. One of the bishops reported having a good personal relationship with Senator Cornyn. We were politely received by the Senator’s office, but unfortunately Senator Cornyn was unavailable. Instead of having an opportunity to discuss the moral and spiritual impact of various legislative items with a senior staff member, we were herded to a corner of Cornyn’s office lobby. Huddled together, a volunteer aid (college intern?) politely listened to our concerns.  It was a stark contrast to the day when a Methodist bishop was greeted with deference and respect by the President of the United States.

Our brief, inconsequential and utterly irrelevant visit to Senator Cornyn’s office highlighted the harsh reality that we are in a post-Christendom age. No longer does the Christian faith, and more specifically the United Methodist Church, assume a leading societal position. Only a few months earlier that year, I was in board meeting of the Texas Methodist Foundation (TMF, a leading Methodist institution and think tank). In a discussion about the future of the church, one of the clergy present at the meeting referred to our living in a post-Christian age.

A respected lay member of the TMF Board, a prominent banker and very active Christian in his local United Methodist Church, interrupted, “What’s this?” he asked. “Why haven’t we heard about this before?” The notion that Christianity (and more specifically the United Methodist Church) had moved beyond a position of cultural influence and leadership was a new concept to him.

The ensuing discussion (which took place 12 years ago) was brightly illuminating. Most of the clergy in the room believed that the reality of living in a post-Christendom age was a well-known and obvious insight. They had read and long discussed books like Loren Mead’s The Once and Future Church and Stanley Hauerwas & Wil Willimon’s Resident Aliens which chronicled this change. Many, though in fairness not all, of the lay leaders gathered had not grappled with the depth of the change which has culturally taken place.

During my first year or so as a bishop, when I would mention that we were in a post-Christian era, clergy would tend to sigh and say, “look we already know this, that’s obvious.” To which I would respond (then and now!), “…but I don’t see you changing your behavior. Most of you are operating as if we are still living in a time of Christendom,” – i.e. a time of dominant cultural Christianity and influence. When I would make similar observations in a group laity, it almost inevitably sparked passionate discussions about whether this was an accurate or true statement. It would quickly be followed by comments related to the various issues of what we have come to call the “culture wars.”

While there can be no doubt that we are still grappling with various issues of the “culture wars,” I think it is safe today to say that with most of high society, the culture wars are over. In much of American society, traditional cultural Christianity (which is very different from and should not be confused with deep discipled orthodox Christianity!!) has largely been defeated. Put bluntly, the cultural wars are largely over, and cultural Christianity lost.  (See The War for the Soul America: A History of the Culture Wars by Andrew Hartman; The Decadent Society: How We Became the Victims of Our Own Success by Ross Douthat; The Benedict Option: A Strategy for Christians in a Post-Christian Nation by Rod Dreher; Alienated America: Why Some Places Thrive While Others Collapse by Timothy P. Carney) 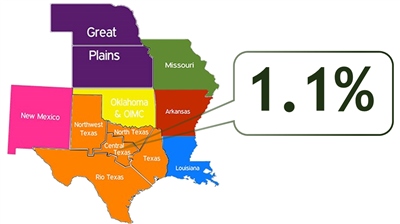 Charles Taylor’s encyclopedic A Secular Age chronicles our movement from a time in history where belief in God was a given that could be assumed to an age where the notion of a transcendent God is one option among many. Closer to earth, in the central part of the State of Texas (i.e., the geographical area of the Central Texas Conference of the United Methodist Church), those in regular worship on an average Sunday in the United Methodist Church make up approximately 1.1 percent of the population. Furthermore, in the eight states of the South Central Jurisdiction of The United Methodist Church, this percentage is roughly average. One way of illustrating what has been happening over a sixty year period might come from examining the relationship between full time clergy and The UMC in America during a relatively brief period of time as illustrated in the graph below. 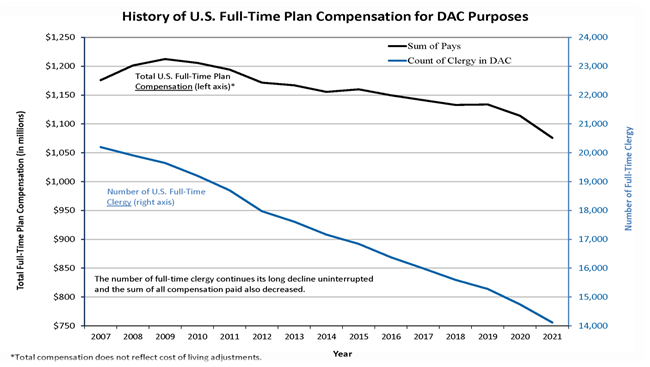 For a wider view, consider the graph below found in the Washington Post under the banner “Church membership in the U.S. has fallen below the majority for the first time in nearly a century: The number of Americans who said religion was very important to them has dropped to 48 percent, a new low point in the polling since 2000.” 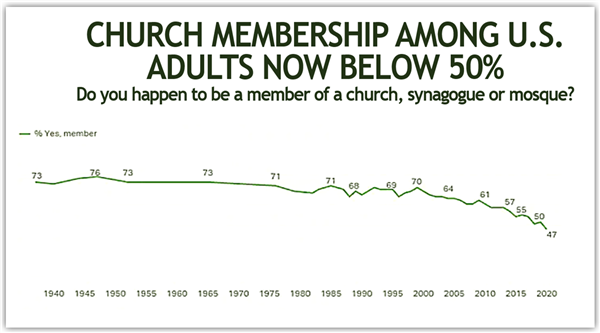 My friends in Christ, regardless of where you see yourself and your church on the conservative to liberal (or if you prefer traditional to progressive) spectrum, none of this should be news to us. The challenge of faithfulness is what we do about this new day and culture!

The Hunger of Our Times

I believe that culturally we are engaged in our own version of the hunger games and that it is past time for the church to respond.  Allow me to explain.

The running battle of over individual rights versus social responsibility is a searing sign of the moral confusion of our age and time. The phrase “spiritual but not religious” contains the false, and for Christians, heretical claim that an individual’s whims trump (pun intended) community responsibility. John Wesley insisted that “the Bible knows nothing of solitary religion.”

Our squabble, demonstrated by the rise in violence on airplanes over mask wearing, exhibits a care-less attitude towards our neighbor.

Choaking on our consumptive accumulation of things illustrates our poverty of purpose.

I could go on, but you get the drift. Gil Rendle, the recently retired Senior Consultant for the Texas Methodist Foundation, has commented about our society that “we are in a moment of seismic shift.” Gil calls this an anxious time because we need to move ahead without really knowing where we are going. The good folks at TMF talk in terms of “following the North Star of purpose.”

The issue for us is who or what defines and shapes our purpose. For the faithful church of Jesus Christ, the North Star of purpose is driven by the mission of making disciples of Jesus Christ for the transformation of the world. This is and remains our Wildly Important Goal, our WIG. But I am ahead of myself. Let us examine our own context and situation more deeply.

For Christians, I submit that our purpose should not be driven by our emotions, our preferences or especially whatever is considered culturally popular (regardless of whether it is progressive or traditional). It was the transcendentalist and early American philosopher Ralph Waldo Emerson, himself no orthodox Christian, who said, 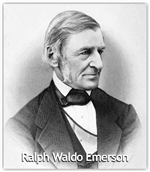 “There never was a strong people that did not rank subordination and discipline among the signal virtues. Subjection to moods is the mark of a deteriorating morality. There is no baser servitude than that of the man [and we would add woman] whose caprices are his [or her] masters, and a nation composed of such men [or women] could not long preserve its liberties.”
(from The Hardest Job in the World: The American Presidency [New York: Random House 2020], by John Dickerson, p. 403)

Pause here in this examination of our context. This may seem obvious, but I submit that it is not plainly apparent either in the Church or in our wider civil society. We will not navigate ourselves out of the morass we are in by the politics of either the left or the right. Louis Markos’ trenchant comment on virtue is insightful.

"We are, in many ways, a civilization adrift on the stormy seas of relativism and existentialism. The first “ism” has robbed us of any transcendent standard against which we can measure our thoughts, our words, and our deeds; the second has emptied our lives of any higher meaning, purpose, or direction. Our compass is broken and the stars obliterated, and we are left with nothing to navigate by but a vague faith in the modern triad of progress, consumerism, and egalitarianism. They are not enough.”
-On the Shoulders of Hobbits: The Road to Virtue with Tolkien and Lewis, p. 9

There is a deep hunger in our times which is at once both counter intuitive and counter cultural.  I cannot help but return once again to Mother Teresa’s comment to a reporter after delivering lectures in America.  She is reported to have said, “I’ve never seen a people so hungry.” Kevin Watson is right when he states in Rod Dreher’s work Live Not by Lies: A Manual for Christian Dissidents,“We are desperate for a real Christianity, not the cheap imitation we have tolerated for far too long and tried to pervert to our own worldly advantage.”

In our American version of the hunger games, signs of spiritual starvation are all around and yes, even in too many of our churches.  We need more than good advice.  We need good news!  We need, desperately, the gospel of Jesus Christ!” The truly great news is that this is precisely what God in Christ through the presence and power of the Holy Spirit offers us. We must go back, way back to our future.