On June 21, at our recently concluded annual meeting of the Central Texas Conference (CTC), I delivered what I believe will be my last episcopal address to the CTC – “Way, Way Back to the Future: Envisioning a New Spring,” I am sharing a printed version in a series of three blogs. Part I in the series was first posted on June 25 and served to set the context of our time and culture and offers my perception on what I’ve termed “The Hunger of Our Times.” In this second of three blogs, I share my understanding of going back to our future in a new spring for the life of the church and the Christian movement in the United States.

This post opens with a video clip from just before the end credits roll on the movie Back to the Future 1 (1985). In the video clip below you’ll see Doc (played by Christopher Lloyd) arriving in his DeLorean time machine to take Marty (Michael J. Fox) & Jennifer (Claudia Wells) back to the future. Marty, who is reluctant to head out on another time traveling adventure so soon after saving his family’s existence the day before asks why the urgency. Doc Brown exuberantly explains, they have to go to the future to save their kids! - Bishop Mike Lowry

Back to the Future

I love that line by Professor Brown: “…it’s your kids. Something's got to be done about your kids!” If not for our sake then at least for the next generation, let us stop this insidious dance with slow decline in the church. (As an important aside: I thank God that our emphasis on the WIG has resulted in the Central Texas Conference being one of the very few conferences in the United States showing growth in worship attendance prior to the onset of COVID-19.)

Let us go back to the heart of the gospel in its full dimension – both spiritual and social. Make no mistake, to do so will cut uncomfortably across the scared wasteland of the cultural wars tearing at every single one of us. It will call us back to our primary allegiance to Christ above and beyond political party, financial gain, racial identity and even nationality. 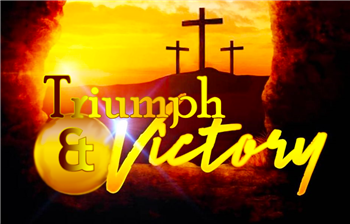 The cross is not a symbol of execution but a sign of victory.

The grave is not a grief-filled prison but an empty tomb of triumph.

The birth of the church in worship at Pentecost is not a gathering of polite, gentle religion but an assembly of the troops under the leadership of the Risen Lord through the Holy Spirit’s power and presence saturated in praise to the glory of God.

We need not fear. We have lived through the crisis of decline and massive cultural change before. Just think of the earliest Christians. There were a tiny, persecuted minority that offered a social witness radically different from any of the competing political or social platforms of their day. They understood themselves to be in but not of the world. Thus, in what scholars think might have been a baptismal address in 2 Peter, we hear,

“Thus he has given us, through these things, his precious and very great promises, so that through them you may escape from the corruption that is in the world because of lust and may become participants of the divine nature.” (2 Peter 1:4)

A conviction of being in but not of the world was at the very heart of the Methodist movement.  John Wesley was convinced that the people called Methodists were to be a recovery of what he 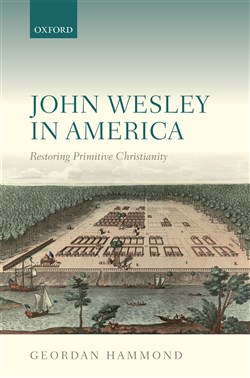 A crisis is an accelerator. In the slamming impact of COVID-19 and the wrenching internal church doctrinal dispute over human sexuality, we, as a church, are being given by God an opportunity to re-embrace our purpose and commission. I contend simply that we must go back to the earliest Christian movement in the Roman Empire during the first three centuries and to the early Wesleyan (or Methodist) revival of 18th century England for guidance.  (If you would like a more modern example, look at what is happening to the Christian movement in China. China will be the global center of Christianity by 2050, probably sooner.)

The death of nominal Christianity or cultural Christendom is a good thing. Ironically, or more accurately providentially, the Christian church grows when persecuted and withers when awash in prosperity. I believe that we are being forced, individually and collectively, by the movement of the Holy Spirit, to confront whether we are really Christ followers or not. Put theologically and Biblically, is Jesus Lord of your life and your church’s collective life or not?

Given the hunger within and around us linked to the way before us leading back to the future, how then do we move forward to a new spring in faithfulness and fruitfulness?