Theologizing in a Time of Turmoil ©

9/29/2020
I open the writing of this blog on Tuesday, June 29.  The first presidential debate between President Donald Trump and former Vice-President Joe Biden of 2020 looms in the background. 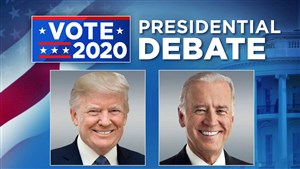 (One of my brothers says that he will listen to the debate to decide who he will vote for. I can’t help but think that he is probably one of the five remaining undecided voters in the U.S. – LOL.)

The COVID-19 death toll in America continues its inexorable climb past 200,000.

Meanwhile, as if the above were not enough, we, as church and Annual Conference, wrestle with our future in ways that are both theologically profound and financially pressing. No doubt you’ve heard this or some version of it before. It all sounds grim, doesn’t it?  And yet, regardless of who you’ll be cheering for tonight, the Gospel has a very different word! It brings good news in troubled times. Jesus instructs us,

“Come to me, all you that are weary and are carrying heavy burdens, and I will give you rest. Take my yoke upon you, and learn from me; for I am gentle and humble in heart, and you will find rest for your souls. For my yoke is easy, and my burden is light.” (Matthew 11:28-30)

The Apostle Paul reminds us,

“And not only that, but we[a] also boast in our sufferings, knowing that suffering produces endurance, and endurance produces character, and character produces hope, and hope does not disappoint us, because God’s love has been poured into our hearts through the Holy Spirit that has been given to us.” (Romans 5:3-5) 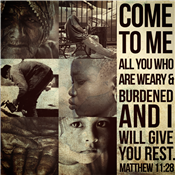 A recent article written by H. K. Bush entitled “The Courage to Blog in Corona Time: Lessons from C. S. Lewis in War-Time”  has stimulated my thinking. It has driven me back to C. S. Lewis’ reflections in a time of much greater crisis. As Europe began to be engulfed in flames and the very future of Britain was under assault by the Nazi war machine, Lewis offered profound theologizing and gospel proclamation in a time of turmoil.

Lewis preached the sermon “Learning in War-Time” at St. Mary the Virgin Church, Oxford, on Sunday, October 22, 1939. “Learning in War-Time’ presented Lewis’ defense of traditional humanistic learning at a time when many thought that educational pursuits were unnecessary in the light of the war, or worse, irresponsible.

Regardless of where you come out on the current political debate, how you are coping with COVID-19, or responding to the cry for racial justice, we are to be a people who share the good news of God’s salvation in Christ for the whole human enterprise. This can seem counter-intuitive, yet we must not allow the gospel and mission of the church to stagger into either extreme of our faith – disengagement or ethical reductionism. While mindful that Christians are sojourners and resident aliens on planet earth, we must not succumb to the spiritual bankruptcy of total disengagement with our nation and culture. Cognizant and engaged with the social and ethical issues confronting us, we must not careen into a simplistic reduction of the Christian faith to a mere set of ethical principles that reflect our partisan passions of this time.

C. S. Lewis reminded us that “There has never been a time when there were no crises, alarms, difficulties, and emergencies.”  I’ll step back for a moment and let this great Christian thinker speak for himself: 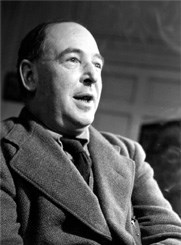 “There is no question of a compromise between the claims of God and the claims of culture, or politics, or anything else. God’s claim is infinite and inexorable. You can refuse it: or you can begin to try to grant it. There is no middle way. Yet in spite of this it is clear that Christianity does not exclude any of the ordinary human activities. St. Paul tells people to get on with their jobs. He even assumes that Christians may go to dinner parties, and, what is more, dinner parties given by pagans. Our Lord attends a wedding and provides miraculous wine. Under the aegis of His Church, and in the most Christian ages, learning and the arts flourish. The solution of this paradox is, of course, well known to you. ‘Whether ye eat or drink or whatsoever ye do, do all to the glory of God.’ [1 Corinthians 10:31, KJV] All our merely natural activities will be accepted, if they are offered to God, even the humblest: and all of them, even the noblest, will be sinful if they are not.” – C.S. Lewis, Learning In War Time

A number of writers have noted that Lewis saw three explicit dangers in getting overly immersed in the turmoil of our time. The first was excitement. The passions of our age can consume us.  They can lead the best us into behavior that is distinctly uncharitable and un-Christian.

The second reason he cited was frustration, by which C. S. Lewis meant that our efforts for a better world don’t, in the final analysis, matter. Or, as H. K. Bush puts it: “Who cares, anyway—when the world is disintegrating before our eyes?” I think this relates to us in our time more as despair. We can succumb to a lack of hope. While despair is understandable, giving in to despair is a denial of the sovereignty of God. Once again, we are reminded of the early Christian witness which may be found in 1 Peter and which was written as a baptismal sermon to a church under intense persecution and threat of death. “You have been born anew into a living hope through the resurrection of Jesus Christ from the death.” (1 Peter 1:3)

The third of Lewis’ three explicit dangers was fear. Most immediately this related to death, pain and suffering as the Second World War kicked off. In our time, fear all too often runs amuck. If the “other side” (however and whomever we think the other side is) wins, then life in America as we know it is over. As psychologists say, there is a tendency in all of us to “awfulize” (that is to over-exaggerate what will happen if my desires don’t win out). Careful thinking and even more careful theologizing is needed here. The multiple crises hitting us like the onslaught of hurricane winds and rain are important. We must not minimize the significant moral issues at stake in the election, the destruction of COVID-19, the end of racial injustice, the economic assault on human thriving and the like. These all matter, and they matter to God as well! And yet, to live the resurrection is to gain a certain precious distance. It is to see with the eyes of eternity the overwhelming unconquerable love of God.

“Then I saw a new heaven and a new earth, for the former heaven and the former earth had passed away, and the sea was no more. I saw the holy city, New Jerusalem, coming down out of heaven from God, made ready as a bride beautifully dressed for her husband.  I heard a loud voice from the throne say, “Look! God’s dwelling is here with humankind. He will dwell with them, and they will be his peoples. God himself will be with them as their God.” (Revelation 21:1-3)

If we thought we were building up a heaven on earth, if we looked for something that would turn the present world from a place of pilgrimage into a permanent city satisfying the soul of man, we are disillusioned, a"nd not a moment too soon. But if we thought that for some souls, and at some times, the life of learning, humbly offered to God, was, in its own small way, one of the appointed approaches to the Divine reality and the Divine beauty which we hope to enjoy hereafter, we can think so still." C.S. Lewis, Learning in War Time