2/20/2020 - Call to Action church Conference News focused center Future General Conference 2020 History methodists mission UMC UMC Split/Schism United Methodist Wesleyan WIG
When I started this blog site approximately 10 years ago, I chose to title it “This Focused Center” based on 2 Corinthians 5:14-15. “Our firm decision is to work from this focused center: One man died for everyone. That puts everyone in the same boat. He included everyone in his death so that everyone could also be included in his life, a resurrection life, a far better life than people ever lived on their own.” (2 Corinthians 5:14-15, The Message) I did so in major part based on a conviction that the United Methodist Church was casually drifting away from a truly Christ-centered orthodoxy and into an unconsciously vague Unitarianism.  I was then, and remain so now, convicted and convinced that we must embrace Christ at the robust center of our faith and reject all emaciated alternatives that often cloud tolerance through theological indifference. 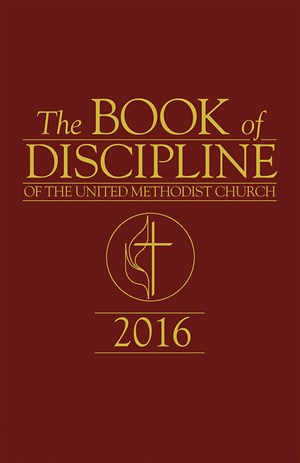 I believe it has become clear that we, as a denomination, can no longer continue as we are.

The current theological/moral disagreement and chaos is a divide that cannot be bridged by false compromises (which actually privilege one side or the other of this chasm). Nor can the burgeoning disagreements be ignored or casually dismissed. Good people have deep theological and faith convictions, which, at their root, represent deep foundational faith differences.

Our current impasse is mutually self-destructive and does not advance the Kingdom of God.  It is time for graceful transition to a different institutional structure.  It has come time for a graceful separation that respects honest differences yet resists false compromises on core convictions.

Recently, a “Protocol of Reconciliation and Grace Through Separation” has been proposed by a “diverse 16-member group, which included eight United Methodist bishops and eight representatives from centrist, progressive and traditionalist United Methodist advocacy groups.” We have reported, in some detail, on this proposed plan – a plan that would have to be adopted by the General Conference of the United Methodist Church which meets this May 5-15. In addition to the article noted (and linked) above, I blogged on the proposal last month in a post entitled “The Possible Future of Multiple Methodist Denominations.” The Central Texas Conference Communications Team has also put together a helpful FAQ sheet of information about the proposed Protocol, as has UMNews.

For some of the reasons all too briefly cited above, I endorse the proposed “Protocol of Reconciliation and Grace Through Separation.”

I do so not out of a conviction that it is a perfect proposal but based on a belief that it is necessary and achievable. A colleague has accurately noted: “There are several things I believe could be perfected if we lived in a perfect church; we do not. We are an imperfect church led by imperfect people attempting to serve a perfect Savior. The theological and ethical rift between those of us in the UM Church is too great for us to repair. We need the opportunity to shape our different understandings of the church’s core theological teaching, its ethical values and its mission without constantly fighting with one another. The protocol provides that opportunity.”

There is an old saying that goes, “I don’t know what the future holds, but I know who holds the future.” As trite as this may sound, it is profoundly true.

Recently, at the close of United Theological Seminary planning retreat, President Kent Millard shared some of this personal story. He spoke of stepping down to early retirement from serving as Sr. Pastor at St. Luke’s UMC in Indianapolis, Indiana (a 6500-member congregation) so that he could take care of his wife of many years who was battling cancer.  As they faced the ravages of the disease together, his wife reminded him that in their long journey together through various appointments and assignments they always would “trust God.” Together, they reaffirmed the commitment to trust God in the battle against cancer.

Eventually she passed away from the disease, but, in his grief, Kent held to their commitment to trust God. A number of years later on a trip to Israel, to his surprise Dr. Milliard found himself in a growing love with a wonderful woman who would become his new wife. Once again, it was the commitment to trust an unknown future to a known God that saw him through this radical change. As he directed the wider United Theological Seminary community facing the unknown future of the United Methodist Church, he called on us again to trust God.

So it is, as I endorse the “Protocol of Reconciliation and Grace Through Separation,” I urge us together to trust God.  Regardless of where we find ourselves on the theological spectrum, may we come to this time and place with a profound sense of the future in God’s hands. Proverbs 3:5 sticks in my mind. “Trust in the Lord with all your heart; don’t rely on your own intelligence.”  Together let’s hold to Paul’s word to the church at Ephesus in closing verses of the third chapter.  “Glory to God, who is able to do far beyond all that we could ask or imagine by his power at work within us; glory to him in the church and in Christ Jesus for all generations, forever and always. Amen.” (Ephesians 3:20-21)

As the future unfolds for the United Methodist Church, our collective mission has not changed!  We are committed to making disciples of Jesus Christ for the transformation of the world. This is our Wildly Important Goal (WIG). The biblical mandate is given by the risen Christ himself.
“Jesus came near and spoke to them, ‘I’ve received all authority in heaven and on earth. Therefore, go and make disciples of all nations, baptizing them in the name of the Father and of the Son and of the Holy Spirit, teaching them to obey everything that I’ve commanded you. Look, I myself will be with you every day until the end of this present age.”  (Matthew 28:18-20) 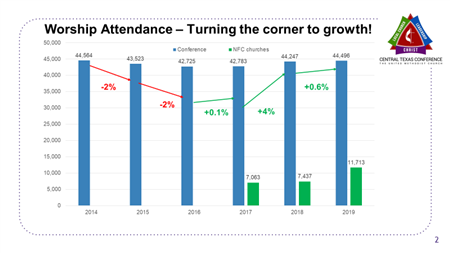 Together, the making disciples of Jesus Christ for the transformation of the world (WIG) must remain our committed focus and goal. Trust God! Breath deep, Jesus is still Lord!

“Our firm decision is to work from this focused center: One man died for everyone. That puts everyone in the same boat. He included everyone in his death so that everyone could also be included in his life, a resurrection life, a far better life than people ever lived on their own.” (II Corinthians 5:14-15, The Message)
Bishop's Blog