12/23/2019 - Advent Christ Christmas Jesus
Behold the truth of Christmas Eve and Christmas Day - we are the visited planet! God came down and took up human form among us. The Bible states this profound, universe changing truth in such plain words. Christ Jesus, the baby whose birth we prepare to celebrate as we near the end of our Advent journey, “who, though he was in the form of God, … emptied himself, taking the form of a slave, being born in human likeness. ...and became obedient to the point of death— even death on a cross.” (Philippians 2:6-8)

When all is said and done; when the presents are unwrapped, the tree gone, the lights, candles and decorations put away, it is this towering truth that remains. The God of the entire universe visited our planet in human form. The real spirit of Christmas, the Holy Spirit, lives in the deep-seated, lingering joy of the knowledge that this story is true. God is with us, now and always. 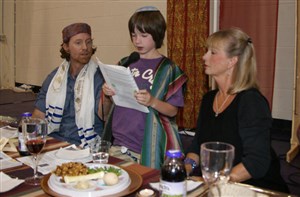 “When adults want to speak to a small child gently and effectively, they bend down and accommodate themselves to the child’s size and understanding.  In the same way, the Lord of heaven voluntarily accommodated Himself to us in the incarnation.  He made Himself like us in form so that we might become like Him in holiness.” (Dan Schaeffer, In Search of the Real Spirit of Christmas, p. 199)

This is what God has done in the birth of this child. The angel’s announcement is for you, for me, for us. “Do not be afraid; for see—I am bringing you good news of great joy for all the people: to you is born this day in the city of David a Savior, who is the Messiah, the Lord.” (Luke 2:10-11)

Unfortunately, the Christmas season can easily act as an artificial stimulant. In his wonderful book In Search of the Real Spirit of Christmas, Dan Schaeffer sums up the Christmas stimulant effect this way… 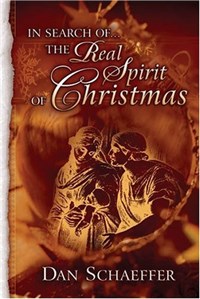 “It’s the one time of year when we find it easier to be a little more spiritual, a little less selfish. Many even think about God a little more. In Charles Dickens’s A Christmas Carol, Scrooge’s good-hearted nephew, Fred, says to a grumpy Scrooge…

‘I have always thought of Christmas time, when it has come round…as a good time:  a kind, forgiving, charitable, pleasant time: the only time I know of, in the long calendar of the year, when men and women seem by one consent to open their shut-up hearts freely, and to think of people below them as if they really were fellow passengers to the grave, and not another race of creatures bound on other journeys.  And therefore…though it has never put a scrap of gold or silver in my pockets, I believe that it has done me good, and will do me good; and I say, God bless it!’

“Many, like Fred, drink deeply of this spiritual stimulant at Christmas, but because they are unaccustomed to it, and when they realize that they no longer have their Christmas ‘fix,’ they enter the proverbial ‘spiritual morning after.’  So when the twenty-fifth comes and goes, they numbly start taking down the tree and putting away the decorations.” (Dan Schaeffer, In Search of the Real Spirit of Christmas, pp. 167-168)

Yet earth still remains the visited planet. God has still come down and taken up residence with us. 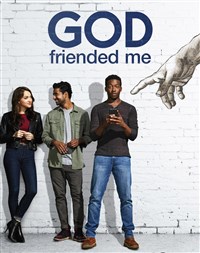 The more serious issue for us is, what difference does God’s coming down make? Even nominal believers, those who think they are vaguely sort of Christian (which is a bit like being sort of pregnant – we have a term for it, “spiritual but not religious”), ascribe to some understanding that this is the visited planet. The popularity of God Friended Me  is evidence of this. What hangs in the balance is, what difference does it make?

During this Advent time of preparation, we sing with enthusiasm “Hark! The Herald angels sing.” I suspect our imagining is of angels decked out in the finest of court regalia trumping the present of Immanuel – God with us. In truth, the notion of a herald goes back farther than the middle ages. In ancient times, a herald was a fast runner stationed next to the general or clan chief during the fighting. As the tribe or clan went to battle, the elderly, women and children would pack all their precious belonging. They knew that if they were defeated, they would have to flee for their lives – slavery, rape and torture awaited them. If they were victorious, they could unpack and celebrate. As the battle reached its climax, as soon as the general could discern the outcome of the conflict, he would send his herald running as if his life and the life of his loved ones depended on it (for it often did) with the news. It is so with Christmas Eve. The heralding angel, whose words can have real impact, says, “Do not be afraid; for see – I am bringing you good news of great joy for all the people” (Luke 2:10) They proclaim the announcement that evil, sin, and death have met their match. God, in this baby named Jesus, has come down and entered the conflict on our undeserving behalf.

Standing in the field. Reeling in awestruck majesty at the angelic chorus, shepherds responded. “When the angels had left them and gone into heaven, the shepherds said to one another, ‘Let us go now to Bethlehem and see this thing that has taken place, which the Lord has made known to us.’ So they went with haste and found Mary and Joseph, and the child lying in the manger.” (Luke 2:15-16) The shepherds didn’t just feel a little religious. They didn’t just look at each other and say, “oh my, that was wonderful.” They made a choice. They acted in response to the heralding angel’s pronouncement.

So too, this coming Christmas Eve, a choice hangs before us in the lingering notes of the caroling songs and the twinkling specter of the candle light. Will we join those poor shepherds in “in seeing this thing that has taken place, which the Lord has made known to us?” (Luke 2:15)

God in the baby Jesus has come down to us. We are invited to come home to God. On this choice lies our eternal destiny. Make that choice not just for one night in a season of celebration. Make it not just in the pleasing glow of this time and occasion. Make the choice for God in Christ, the baby born among us for us, for all time.

“Hail the heaven born Prince of Peace!  Hail the Son of righteousness!
Light and life to all He brings; risen with healing in His wings.
Mild he lays His glory by; born that we no more may die.
Born to raise the sons of earth; born to give them second birth.
Hark!  The herald angels sing, ‘Glory to the newborn King!’”
(“Hark!  The Herald Angels Sing” The United Methodist Hymnal, No. 240, verse 3)
Bishop's Blog