2/4/2021 - Call to Action Discipleship Guest Posts making disciples Racism social holiness WIG
In the turmoil surrounding us and the uncertainty of the church’s future (both coming out of the COVID-19 pandemic and a possible General Conference vote on the Protocol), I do not want us to lose sight of our need and commitment to work on ending racism in our lifetime. This is a part of the foundational call to discipleship. We cannot be truly engaged in our mission to make disciples of Jesus Christ for the transformation of the world without actively addressing the sin of racism. John Oxenham’s famous hymn reverberates in my heart and mind.

“In Christ there is no east or west,
in him no south or north;
but one great fellowship of love
throughout the whole wide world.”


As a part of this effort, I have asked Rev. Jannette Miller, who chairs the Central Texas Conference’s Inclusiveness Umbrella Team, to write a guest blog. In doing so, it is my hope to keep this vital ministry in the forefront of our disciple-making work.
- Bishop Mike Lowry

Moving From Awareness to Action

“The Word became flesh and blood and moved into the neighborhood.”
(John 1:14, The Message)

The Christmas holiday has long passed, but what Christmas began continues and calls to us.  Christmas is all about God taking action. And, it is a call to action for we who follow Christ as well!

I am honored to chair the CTC Inclusiveness Umbrella Team (IUT), which was formed as part of the Exodus Project to represent and lead the Central Texas Conference in the areas of inclusiveness and diversity.

Our current primary focus is on Ending Racism in our Lifetime. This is a critical and inseparable part of our mission and Wildly Important Goal (WIG) of making disciples of Jesus Christ for the transformation of the world.  As Rev. Mike Ramsdell says, “If you are not actively working to eradicate racism, you are neither being a disciple nor are you making disciples of Jesus Christ.”  As we work to increase diversity and eradicate racism in our churches, there is no doubt we will be advancing our mission and WIG. 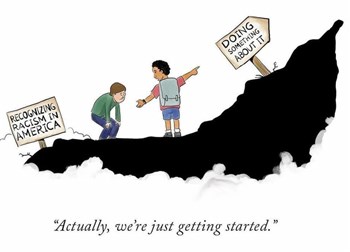 Our initial efforts include helping the conference grow in awareness of racism and the need for racial justice and equity. Bringing LaTasha Morrison and her team here for the Be the Bridge event, for example, was part of that. We will continue to place importance on learning (as Christians with a Wesleyan heritage, lifelong learning is in our DNA!). However, we on the IUT also acknowledge the “fierce urgency of now” of which Dr. Martin Luther King, Jr. spoke in his famous I Have a Dream speech. We see no value in winding up in the same place we started only with more knowledge.  Our vision is to help the Central Texas Conference move from awareness to action as we work together to combat racism in all its forms.

This is a gargantuan task that will not be accomplished overnight or easily. We have a very capable, diverse, and passionate team of clergy and lay leaders who are committed to this good and vital work. Thankfully, we are not in this alone for “God is faithful, and [we] have been called into partnership with his Son, Jesus Christ” (1 Corinthians 1:9).

Consider this: In the miraculous birth of Christ, our faithful, gracious, and merciful God saw the depth and breadth of his children’s brokenness and chose to take action! God did not sit back at a distance, content in God’s awareness of humanity’s pain. No, God took action – urgent, radical action – to save humanity and to end their (our) enslavement!

During his adult ministry, Jesus said that he came to “preach good news to the poor, to proclaim release to the prisoners and recovery of sight to the blind, to liberate the oppressed, and to proclaim the year of the Lord’s favor” (Luke 4:18-19). Throughout his adult ministry, Jesus actively engaged in that purpose as he went about teaching, healing, casting out demons, confronting the sin and evil he saw all around him, including the sin of the religious establishment and God’s own people! In other words, Jesus did not rest on his good intentions, but moved from awareness to action in order to fulfill his purpose. 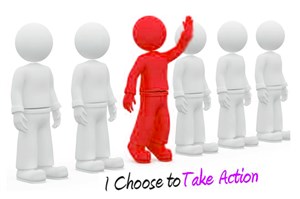 An important next step is to recognize true action (activism) lest we become inadvertently passive. This can happen when we mistake things like posting on Facebook or even having strong feelings about racism for actually taking action (e.g., writing a letter to demand action, attending a peaceful protest, or confronting racist policies within our own environments). We might also become passive out of weariness. This is especially true for those of us who are white and have the privilege to let it slip into the background and allow our time and attention to move on to something else.

Finally, we become passive because it is simply too hard. It is hard to be called names by friends and loved ones when we take a stand against racism. Some may even end their relationships with us.  Those of us who are clergy may feel that we cannot speak out for fear of the consequences it will have on us both personally and vocationally, or for fear of the consequences in our churches.

We must realize that the consequences of inaction are much worse.

To prevent us from slipping into passive inaction, the IUT is developing a plan for the Central Texas Conference. That plan is in the beginning stages, and we look forward to sharing our work with you as we progress. In the meantime, we invite you to join this critical and integral part of our mission to make disciples of Jesus Christ for the transformation of the world. Here are some action steps you can take now:
May we continue to hear and heed God’s call to partner with Christ and be disciples making disciples who End Racism in our Lifetime!
Bishop's Blog