The season of Advent marks the beginning of the church calendar (not New Years Day!) and calls us into a deep journey of faith to a Bethlehem stable. William H. Petersen, the founder of The Advent Project, comments, “The call is for the Church to reclaim, for the sake of its own life and mission, Advent’s focus on the reign of God and, in so doing, to hone once again the counter-cultural edge of the Gospel at the very beginning of the liturgical year.” (Taken from Advent: The Once and Future Coming of Jesus Christ by Fleming Rutledge)

The start of the Christian calendar invites us to step into this season through a courageous fresh look at the way of God, in Christ Jesus, through the power and presence of the Holy Spirit enters our lives.

The great twentieth century theologian Karl Barth once wrote, “What other time or season can or will the church ever have but that of Advent!” (Karl Barth, Church Dogmatics IV/3.1, p. 322) Inextricably, we live between the times. Christ has come, been crucified, has died and risen, and in the words of the great communion liturgy, “Christ will come again.”

Deeper Christian thinkers recognize that Advent calls us beyond simply preparing for the birth of Christ. Advent challenges us again and again for the final coming of Christ in glory. Charles Wesley, in his poetic hymnic genius, caught the essence well.

“Lo, he comes with clouds descending,
Once for our salvation slain;
Thousand thousand saints attending
Swell the triumph of his train.
Alleluia! Alleluia! Christ the Lord returns to reign.”

By way of stepping into Advent, I offer first a story and then a piercingly uncomfortable quote followed by an oft-ignored teaching from Jesus himself.

Nicky Gumbel (of Alpha fame) tells a story of a young police officer in training, a cadet, who went in to take his final exam to become a duly commissioned police officer (or Bobby) in London. 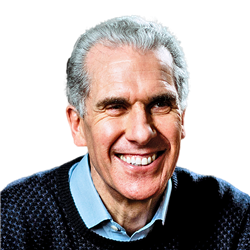 As the students filed into the room, they were handed an exam booklet. Inside was one question that constituted the entire exam. It went something like this. You are walking your patrol beat in central London on a busy thoroughfare. Suddenly, there is a large explosion from a near-by gas leak. As buildings shake, a man is blown into an adjacent canal. He splutters to the surface screaming that he cannot swim. Simultaneously, a passing car caught in the explosion is flipped over and sliding to a grinding halt on its side. With barely a second’s pause, a man tares out of a house on the street yelling that the explosion has caused his wife to go into premature labor and that they desperately need help. As you reach into to the wrecked car to rescue the victims from the crash, it dawns on you that one of them is your boss’s wife. You know that your boss is away in the States on a business trip and that she is obviously in a romantic half-clothed state with someone who is not her husband. The heavy smell of alcohol on their breaths mingled with the reek of leaking petroleum is overpowering. While all of this is flashing through your mind demanding attention, a passing pedestrian leans down to help. In so doing, you realize that the pedestrian is a dangerous man wanted for armed robbery whom you had been warned to look out for at your morning briefing. Furthermore, in the swirling chaos, a large crowd is gathering is such a way that it is hampering rescue efforts. Bearing in mind the appropriate provisions of the Mental Health Act of 1986 and the Policing Policy Guidelines adopted by the Lord Mayor and London Council in 1991, what actions would you take and why?

Heads bent over desks feverishly outlining the issues and listing possible responses; all except for one young cadet. He sat there, quizzically thought for a moment and then wrote one sentence in his exam booklet; rose, walked to the front, and handed the booklet to the proctor. Surprised, if not shocked, the proctor watched him walk out exam room door. The stunned proctor could not resist the temptation. He surreptitiously opened the book and read the following answer: “I would take off my uniform and disappear into the crowd.”

Tragically, this is an all-too-often descriptive of Christians and the Christian movement in our time. The Pew Charitable Trusts Research Center, Gallup Pollsters and the Barna Group all report in one way or another that attitudes and actions of mainline Christians differ little from the population at large. A prominent missiologist writes, “Our long sojourn under the spell of Christendom has also meant that we find ourselves adhering to a rather domesticated version of the gospel. One of the legacies of Christendom is that it is willing to provide a safe haven for Christianity, but only at the cost of steady domestication of Christianity, gradually soothing down most of its rough prophetic edges, so that Christian identity and cultural identity became virtually seamless.” (Timothy Tennent in Invitation to World Missions: A Trinitarian Missiology for the Twenty-first Century)

The Quote is prefaced by a contextual comment: In an earlier time removed from ours by approximately 1900 years yet strangely similar in political upheaval, wanton violence, wretched poverty, saturated with injustice and soaked in religious anarchy, the earliest Christians wrote a book on baptismal instructions, if you will, a confirmation manual. The opening line of the Didache, perhaps the earliest post-biblical Christian instruction book for new converts reads: “There are two ways: one of life and one of death. And there is a great difference between the two ways.” I would remind you that those who came to be called Christians were originally called simply “followers of the Way.” Perceptively Fleming Rutledge writes, 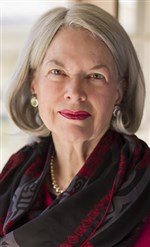 “Advent is not about two ‘ways’ between which he autonomous human beings can freely choose…. the New Testament … was written against the backdrop of the two ages, each with its… ruling power. Two world orders are opposed to one another. … This represents a break with any idea that human being can make progress toward bringing the kingdom of God to pass.  Only God can do that, by inaugurating a wholesale change in regime.  This is what [God] has done in the invasion (not to strong a word) of an old order by the new in Jesus Christ.” (Advent: The Once and Future Coming of Jesus Christ by Fleming Rutledge)

And finally, an Often-Ignored Teaching of Jesus…

Move with me to an uncomfortable teaching from Jesus himself (using The Message paraphrased translation) found in Matthew 7:13-14: “Don’t look for shortcuts to God. The market is flooded with surefire, easygoing formulas for a successful life that can be practiced in your spare time. Don’t fall for that stuff, even though crowds of people do. The way to life—to God!—is vigorous and requires total attention.” (Matthew 7:13-14, MSG)

The harsh clarity of the earliest Christian witness and the teaching of Jesus himself as both Lord (that is ruler) and Savior grate on our modern syncretistic sensibilities that have allowed tolerance to slide gently into a genial moralistic therapeutic deism.

I cannot help but recall a comment attributed to Mother Teresa “that without the intense, burning presence of God in our hearts, without lives of profound, intense intimacy with Jesus, we are too poor to take care of the poor. Jesus present in us is the one who presses us toward the poor.” (From The Day is Now Far Spent by Cardinal Robert Sarah) I go back again and again to D. T. Niles’ famous (yet often misquoted) quote, “Evangelism is witness. It is one beggar telling another beggar where to get food.” (D. T. Niles, That They May Have Life) 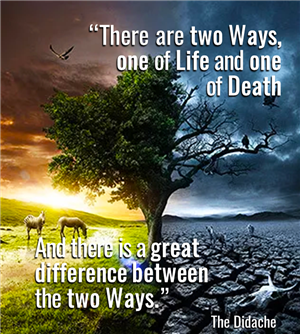 Let us not be so enamored by the latest innovation, technical creativity or new leadership insight that we forget or ignore the most basic call of this hour; the claim of God upon our lives who has come to us in the person and work of Jesus Christ, the real King, through the power and presence of the Holy Spirit. My friend David Watson of United Theological Seminary reminds me, and I in turn share with you, that “The early Christians were right. There really are two ways, one of life, and one of death. And the difference between them is vast.” (Modern Christians and “Two Ways” Theology)

I would remind the reader that the last Sunday before Advent (November 21, 2021) was Christ the King Sunday in the liturgical calendar. It was and is a time for recognizing and committing ourselves again to the one true ruler of our lives, Jesus Christ. This should not be foreign to us, for the writers of the Mayflower Compact irrevocably stated that their pilgrim journey was “undertaken for the Glory of God, and Advancement of the Christian Faith, and the Honour of our King and Country.” The one seminal change enacted by American Christians was (and is) to understand the reference of king to be directed not to the British crown but to Jesus Christ himself. Once again, I point to the liturgical calendar – Christ the King Sunday.

As I come to the sundown of my own active episcopacy, I confess with Saint Augustine “to late have I loved thee, beauty ever ancient and ever new.” Amid the tangled knots of our bellicose politics, ardent convictions and insistent assertions, I call us back to a primary allegiance to Jesus Christ as our only Lord and Savior.

At our best, our very best, we are followers of the Way of Christ and not panderers to our passions and pretensions. This is hard my friends, Jesus had it right, “The market is flooded with surefire, easygoing formulas for a successful life that can be practiced in your spare time. Don’t fall for that stuff, even though crowds of people do. The way to life - to God! - is vigorous and requires total attention.” (Matthew 7:13-14, MSG) This is to be our ultimate North Star of purpose with Christ as both champion and leader towering over our own designs and desires however creatively engineered.

“The hope that we meet coming toward us in Advent, then, is the hope that lies beyond any possible good news that could arise out of the human situation. It must come to us out of the future of God or not at all. Such is the background of the Advent announcement that bursts upon a world in captivity. “Comfort ye, comfort ye my people.”” — Advent: The Once and Future Coming of Jesus Christ by Fleming Rutledge.