Regardless of your political persuasion or who you will be voting for, we as a people follow the Great Physician Jesus Christ. Let our prayers reach out and move us to love and service of those ill and in need from the highest to the lowest.

I want to re-emphasize what I wrote in my April 21, 2020 blog entitled Sacrifice and Service: The Christian Witness During the COVID-19 Pandemic ©.

In the year a.d. 260, a “Pandemic” swept through the world. It is said that 5, 000 died in one day in Rome. Anyone with resources and means fled from major cities and sought sanctuary in remote locations. Social distancing was practiced long before the term was ever invented. There was no understanding of germ theory or transmission of disease. The term virus would not be employed for roughly another 1700 years. What people did know was that friends and neighbors were dying around them. They knew that no cure existed. They were painfully conscious that safety meant fleeing the sick. If a loved one was ill, you placed food and water near them and left. It was the only safe and sane thing to do.

And yet, there was one group that instead of fleeing the epidemic moved forward in sacrifice and service. Strangely enough, this group was often persecuted by the very people they moved in to help. It was considered illegal to even be a part of this group – a group known as Christians.

These so-called Christians would move in and take care of the sick and dying themselves. They did so not only for those in their group or family but for all people, especially the poor and abandoned. In doing so, many of these “Christians” contracted the disease and died. Sacrifice and service were their watchwords.

At the height of the second great epidemic, around a.d. 260, an Easter letter was written by Dionysius chronicling the response of these people called Christians. 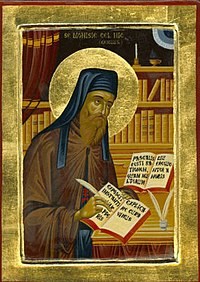 “Most of our brother Christians showed unbounded love and loyalty, never sparing themselves and thinking only of one another. Heedless of danger, they took charge of the sick, attending to their every need and ministering to them in Christ, and with them departed this life serenely happy; for they were infected by others with the disease, drawing on themselves the sickness of their neighbors and cheerfully accepting their pains. Many, in nursing and curing others, transferred their death to themselves and died in their stead …. The best of our brothers lost their lives in this manner, a number of presbyters, deacons, and laymen winning high commendation so that death in this form, the result of great piety and strong faith, seems in every way the equal of martyrdom.”  (from The Rise of Christianity by Rodney Stark, pg. 82)

Today, we think of those we call “first responders,” or medical personal, of others in society who show up and go work to keep things running at great risk to themselves.  They are heroes and rightly we should stop to give thanks and cheer.

With care, I think I understand and sympathize with the depths of the economic crisis that is engulfing us alongside the pandemic. Fear is an understandable reaction. The best of us wrestle with how and when to “reopen.” And yet, especially for we who call ourselves “Christian,” our basic response should not be defined by demanding our rights but by sacrifice and service. Such is the lesson of the earliest Christians and such is Christ’s claim upon us today.

“Jesus said to everyone, ‘All who want to come after me must say no to themselves, take up their cross daily, and follow me. All who want to save their lives will lose them. But all who lose their lives because of me will save them.’” (Luke 9:23-24) 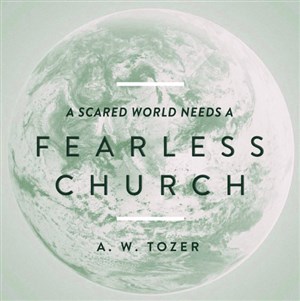 I write to lift up a Christian response. In doing so, I am not advocating reckless sacrifice or senseless service. This is not a time for careless indifference to health risks or civil orders from city, county, state and/or federal officials. I would remind that from the beginning of this crisis, the position of the Cabinet has been that we will follow all orders and mandates by civil authorities. That position has not and will not change. Prudence is appropriate. I am conscious that the financial threat is tangible and present for many. Those who claim the label Christian (i.e. followers of the way of Christ, see Acts 11:26) are bound by a different standard. One of our pastors recently reminded me of a quote by A. W. Tozer, a well-known pastor and Christian leader of the 20th Century, “A scared world needs a fearless church.”

I am in awe of the courageous Christian witness of so many lay people who are “on the front lines.” Thank God for them and for all who so courageously work and serve.

At a minimum, this is time for sacrifice that may present itself dressed in the simple clothes of patience, perseverance and kindness. From such a stance, we are led by Christ to service in a host of different forms and ways.”

May prayer guide our response and impel us to continued faithfulness in service to others.  Please pray for President and Melania Trump as well as for all our sisters and brothers affected and infected by COVID-19.