Christ and Culture Revisited No.1 ©

We look back with a mixture of scorn, dismay, and amazement. It was Nov. 27, a.d. 1095, when Pope Urban II launched the first Crusade to “retake the Holy Land.”  At the time, when Pope Urban finished his sermon calling for the First Crusade, there were shouts of “God wills it!” rippling through the crowd.

Today, popular culture has it that the Crusades were done in pursuit of lands and loot, which were driven by greed and imperialistic gain. The historian Geoffrey Barraclough spoke for many when he wrote, “Our verdict on the Crusades [is that it amounted to] colonial exploitation.” (from God’s Battalions by Rodney Stark) The religious idealism of the age is forgotten if not wholly unknown.

But wait a minute, despite the popular cultural judgment of our time, a careful wrestling with the historical evidences suggests a very different, extremely nuanced, verdict. Many of the great leaders in Europe who led the Crusades “were fully aware that the cost of crusading would far exceed the very modest material rewards that could be expected; most went at immense personal cost, some of the them knowingly bankrupting themselves to go.” (God’s Battalions by Rodney Stark)

He Who Marries the Spirit of the Age Will Soon Become a Widower.

Who is right? It is hard to know. As I have written above, any verdict is far more “nuanced” than common cultural assumptions suppose. Rather than settle a historical argument, I wish to use this post as a springboard to an important debate among Christians ragging in our time. In the case of the Crusades, the culture of one era has rendered a radically different judgment about what is a proper Christian response than the culture of another era. Despite our modern arrogance that “we know best,” I ask us – no, more than that – I challenge us to be much more cautious in our cultural assumptions and judgments. I find myself repeatedly coming back to Dean William Inge’s (Dean – which equates to Senior Pastor in Methodist parlance – of St. Paul’s Cathedral in London) famous quote, “he who marries the spirit of the age will soon become a widower.” 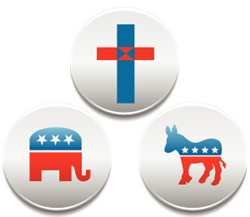 Again, I ask, who is right? While I have strong convictions, I choose not to answer this question. I do so in part because wrestling with our Christian convictions while we live in our culture and time is no simple obvious thing. The historian in me cannot help but remember that Francis Asbury, the great Methodist “Saint” who established this denomination as a movement of faith in America, capitulated to slavery’s existence as a cultural necessity even though he knew it was wrong. Nor can I forget that German Christians supported Adolph Hitler’s election falsely believing that Hindenburg would be able to control him and mitigate any Nazi excesses.

A dilemma which is always with us – always with us! –  is how we are to live as faithful Christians in the day, time and culture in which we find ourselves. Our moral and theological choices necessitate a deep humility with our fellow among us Christians (even while we firmly and strongly advocate what we believe to be the best current answer!).

Today, I am starting a multiple part blog series on Christ and Culture. In doing so, I will be deliberately using a framework pioneered by the great Christian ethicist of the mid-twentieth century H. Richard Niebuhr in his classic work, Christ and Culture. Significantly, Niebuhr’s first chapter is entitled “The Enduring Problem.” Christians (at least in theory though often failing in in practice) are disciples, disciplined dedicated followers of Jesus Christ as both Lord (ruler/Master) and Savior. Niebuhr puts it this way... 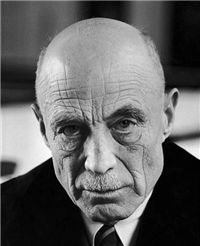 “A Christian is … described as one who counts himself [or herself] as belonging to that community of men [and women] for whom Jesus Christ – his life, words, deeds and destiny – is of supreme importance as they key to understanding themselves and their world, the main source of the knowledge of God and [humans], good and evil, the constant companion of the conscience, and the expected deliverer from evil.”
Culture is: “That total process of human activity and that total result of such activity to which now the name culture, now the name civilization, is applied in common speech. … Culture is human achievement. … The world of culture is a world of values.”  (H. Richard Niebuhr, Christ and Culture)

Wait a minute! Before you pick just one answer and move on (most want to pick #5), the issues at stake for disciples (disciplined Christ followers) is much more nuanced. (There is that word again!) It is just not that simple and not that clear. In coming blogs, I will try to unpack some insights that the various positions offer and some of the challenges they present. This is not a casually interesting academic exercise. The way we relate to our culture, including something as basic as who we vote for, has a profound affect on our faith, our church, and the larger society within which we all live.

For today, allow me to leave you with an extended quote from Tom Holland, the author of Dominion: How the Christian Revolution Remade the World, speaking about his own adult conversion to Christ and the Christian faith.

“Christianity initially grew because of the suffering service of its adherents. It had no political power for several centuries, yet it continued to gain followers. However, once it hitched its wagon to the Constantine cart it went off the rails because power found in weakness doesn’t gel well with a 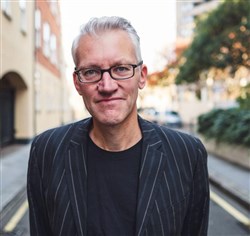 government that wants to flex its muscle.

We need to be very careful when we try to use worldly power to promote a Gospel that is inherently about power in weakness. When we take Christianity into the halls of power, we are in essence asking Jesus to leave His embarrassing life of suffering service behind and become the poster boy for a political cause. God has always worked through that which the world considered foolishness, yet we seem intent on making Him worldly wise. We need to take Paul’s exhortation in the second chapter of Philippians seriously because it constitutes the rule of law for the Kingdom of God.

…. Sadly, we often promote Christianity as a way to do culture better rather than as a way to be counter-cultural. The Gospel isn’t about mastering the power of this world but about bringing Godly power to bear on earth as it is in heaven.”