The Martyrdom of Polycarp is a famous story in early Christian literature and lore. Polycarp was an early Christian bishop and probably had a close (student to teacher) relationship with John the Apostle. As a revered older figure of leadership in the very early Christian church, he was arrested and brought up on trial for being a Christian (which was then illegal in the Roman Empire). Scholars believe that the story of Bishop Polycarp’s arrest, trial and execution (burned alive) forms the earliest account of Christian martyrdom outside of the New Testament.

Standing before the Roman magistrate, he was charged with treason for failing to pay proper allegiance to Caesar as a god. The crucial interchange between Roman officials and the aged Bishop is dramatically reported: 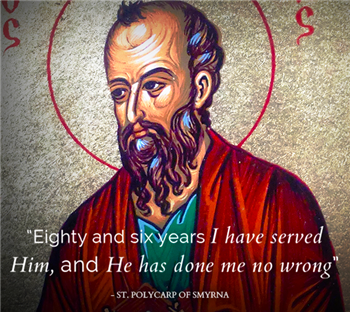 “Respect your age,” he [the Roman proconsul] said. “Swear by the divine power of Caesar. Change your mind. Say, ‘Away with the atheists!’ [Christians were viewed as atheists because of their refusal to honor other gods.]

“But Polycarp, with a solemn look at the unruly mob in the stadium, pointed to them and, looking up to heaven, said, “Away with the atheists!”

The proconsul urged him harder. “Take the oath and I’ll let you go. Curse Christ.”

“Eighty-six years I have served him, and he never did me any wrong,” said Polycarp. “How can I blaspheme my King who saved me?”

Tertullian, one of the earliest post-biblical theologians (around a.d. 95) rightly asserted that “the blood of the martyrs is the seed of the church.” But, in our day and age, the bright line separating Christian faithfulness from cultural accommodation is more akin to the dusty chalk of a scuffled baseball foul line. There is a line that can be discerned between Christian faithfulness and cultural capitulation, but it is hard to tell exactly where it is.

This second writing in a series of blogs on the intersection between Christ and Culture begins with a story of martyrdom because it is our story as Christians. The Christian faith is birthed in weakness not strength. It lives in a fanatical conviction that the first commandment holds sway over all of life.

“Then God spoke all these words:  I am the Lord your God who brought you out of Egypt, out of the house of slavery. You must have no other gods before me.” (Exodus 20:1-3)

From an abiding belief that one true God was met in the person of Jesus the Christ, the earliest Christian affirmation of faith was three simple words: “Jesus is Lord.” This core confession lights the night sky above the playing field we live in [i.e. the culture(s) of our time]. “Our citizenship is in heaven. We look forward to a savior that comes from there—the Lord Jesus Christ.” (Philippians 3:20) 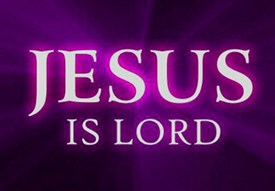 H. Richard Niebuhr in his classic work, Christ and Culture outlined five basic responses that Christians take with regard to the culture in which they live. Each has its place in the lexicon of faithful Christian living. Each has its limitations as a directional signpost of faithful living as a Christian. Each offers valuable insights to the relationship of Christians with the culture in which they live. Each offers the seductive allure of idolatry’s false gods in the subtle guise of security, success, approval and aggrandizement.

We must begin with what Niebuhr called Christ Against Culture, for this was the earliest stance of Christ followers. Our roots are sunk deep in this soil, far deeper than most of us think or imagine. This position holds Christ above all cultural accomplishments and claims of loyalty. The ruling authority, or government, holds no claim over Christians that are not subservient to the higher rule of Christ. Human society is held at arm’s length from Christian engagement. We have commonly seen this position in some Christian groups withdrawal from participation with society – The Amish, the various “peace” churches in the Christian tradition (Quaker, Mennonite, etc.), and in removal from society in some of the monastic traditions.

The beauty and power of Christ Against Culture is that it forms a witness which guides the rest of a legitimate Christian response. Niebuhr writes, 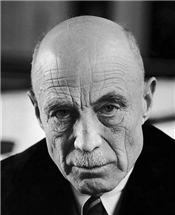 “The movement of withdrawal and renunciation is a necessary element in every Christian life, even though it is followed by an equally necessary movement of responsible in cultural tasks.  Where this is lacking, Christian faith quickly degenerates into a utilitarian device for the attainment of personal prosperity or public peace; and some imagined idol called by his name takes the place of Jesus Christ the Lord.” (H. Richard Niebuhr, Christ and Culture, p.68)

H. Richard Niebuhr’s brother Reinhold, an even more famous Christian theologian and pastor of the twentieth century, is trenchantly reported to have rejected pacifism and yet stated that if there were no Christian pacifists, he would be one. We need the extreme witness of Christ’s rule of our human life. People like Polycarp are the seed of the church. We are here and Christian today because of their extreme and courageous faithfulness. This witness is not simply a dusty reflection of past history, but has practical application for our lives in 21st century America.

Let’s translate this to the American Presidential election of 2020. Regardless of who wins, President Trump or former Vice-President Biden, the kingdom of God has not come, and they (neither Trump or Biden) are not its ruler. All human effort, no matter how honorable or able falls under the rule of Christ. This does not mean we should not take the election and our responsibility as Christians (and for most of us as citizens) seriously. We should. It does mean, however, that we should not attach ultimate importance to the election no matter whom we support. In some manner, we need to stand back from conflict and contention even while we may actively engage in the fight.

Breath deep, Jesus is still Lord, and this is a really good thing!

“So, brothers and sisters, because of God’s mercies, I encourage you to present your bodies as a living sacrifice that is holy and pleasing to God. This is your appropriate priestly service. Don’t be conformed to the patterns of this world, but be transformed by the renewing of your minds so that you can figure out what God’s will is—what is good and pleasing and mature.”  (Romans 12:1-2)