A Sickness in Our Soul ©

5/29/2020 - Call to Action Guest Posts Racism social holiness
Racism is a sickness in our soul. It is a scourge which haunts the best of us. Like most of you, Jolynn and I have watched with horror the death of George Floyd and the shooting of Ahmaud Arbery. Many of us are at loss for how to appropriately respond.

The Central Texas Conference Inclusiveness Umbrella team is meeting Tuesday to wrestle with our response as a conference to the continuing blight of racism and loss of life. Black lives matter to God!

I have included below a statement by the General Secretary of the Commission on Religion and Race, Erin Hawkins. Many of you will recall her presence with us at our 2015 Annual Conference. I trust her personally and have deep respect for her judgement and wisdom. I ask that once again you give careful attention to her words. May our prayer propel us to action. 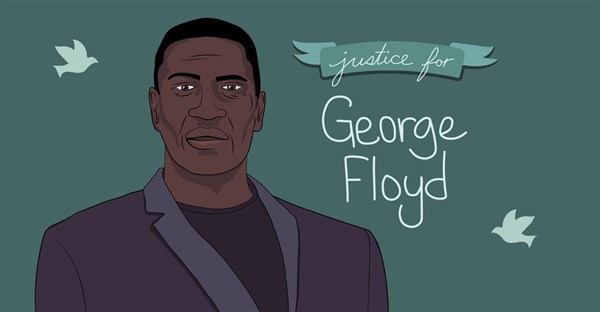 Moving Toward the Pain

"Is not this the kind of fasting I have chosen: to loose the chains of injustice and untie the cords of the yoke, to set the oppressed free and break every yoke?" Isaiah 58:6 (NIV)

Yesterday, video footage posted on social media showed George Floyd, a 46-year-old unarmed African-American man, handcuffed and pinned to the ground at the neck by a Minneapolis police officer's knee.  Mr. Floyd can be heard gasping, "I can't breathe!"

Bystanders also begged officers to assist Mr. Floyd, who was in distress. But the officer didn't let up, and Mr. Floyd appeared to pass out and, later, died. Hours later, the Commission on the General Conference of The United Methodist Church (UMC) released a statement announcing new dates for the 2020 General Conference to be held in Minneapolis but was postponed due to COVID-19.

It is no coincidence that the city of Minneapolis serves as a common backdrop for Mr. Floyd's death to an egregious act of racism and for General Conference, which has at various times in its history sanctioned discrimination and racial oppression impacting the lives of people of color (and may do so again in 2021). We are being presented with a divine invitation to face the pain points of racial violence and oppression, to see the realities of a denomination still mired in institutional racism reflected in the assault on black and brown personhood, and, finally, to choose once and for all the path of anti-racism in word and deed.

Jesus called the disciples to "leave your home, sell everything you own and follow me." He then led those who accepted the call to places where marginalization had rendered people sick, hungry, and burdened. There Jesus challenged systems, offered healing touch, and brought life to the dying and the dead. He disrupted the status quo in order to be and to bring good news to those outside of systems of power.

Jesus continues to issue the call to discipleship in The United Methodist Church today.

Christ invites us to leave behind the comforts of power and privilege that lure us away from following him to uncomfortable places and, instead, to move with intentionality toward the pain points in our local congregations, communities, denomination, and world. Only then will we effectively interrupt narratives that defend and accommodate racist behavior. Only then will we finally dismantle the systems that perpetuate, protect, and normalize the racism made evident through recent events like the one in Minneapolis.

But here is where things get tricky. United Methodists have developed the propensity to focus our attention on addressing dramatic instances of racism "out there" in the world. Meanwhile, we quietly accept, defend and participate in less dramatic but equally destructive policies, words, and actions that amount to placing a knee on the necks of people of color and other marginalized groups within the church.

To be clear, there is a need to address injustice in all its forms in every place that it exists. I wonder if this unexpected moment connecting the City of Minneapolis and The United Methodist Church -- when both entities are being confronted with calls to address systemic discrimination -- is an invitation to look in the mirror at the similarities that we hold in common. This reflection, should we have the courage to look, gives us the opportunity to see and acknowledge all of the ways that power is misused, hoarded and abused for the purpose of propping up and protecting institutional whiteness and its attendant maladies.

Because, in the final analysis, there is no "out there." The same power analysis and scrutiny of unjust systems that the horrendous death of George Floyd has provoked must be applied to The United Methodist Church.  Explicit and implicit racism assaults the mental, spiritual and physical health of people of color in the church as well as those we are called to serve.

On Sunday, May 31, Christian churches across the globe will celebrate Pentecost and the miracle that happens when the wind of the Holy Spirit blows new life upon a gathering of believers.  What shall we -- the community of faith -- make of this opportunity to be transformed anew by the breath of God, even as we are simultaneously confronted by the image of one of God's children pinned to the ground, begging for life and exclaiming "I can't breathe"?

I often encourage the staff of The General Commission on Religion and Race to make our words actionable by offering suggestions to help people take the next faithful step.  Not today. I'm tired.  We all need to do our own work.

The road to Minneapolis and General Conference offers an opportunity for the people of The United Methodist Church to commit to the discipleship journey with anti-racism at the heart. If we say yes, Christ will lead us straight to the pain points. The next faithful step can be found there.