AC19 Conference Offering Brings In Close to $200,000 for Mooreville UMC 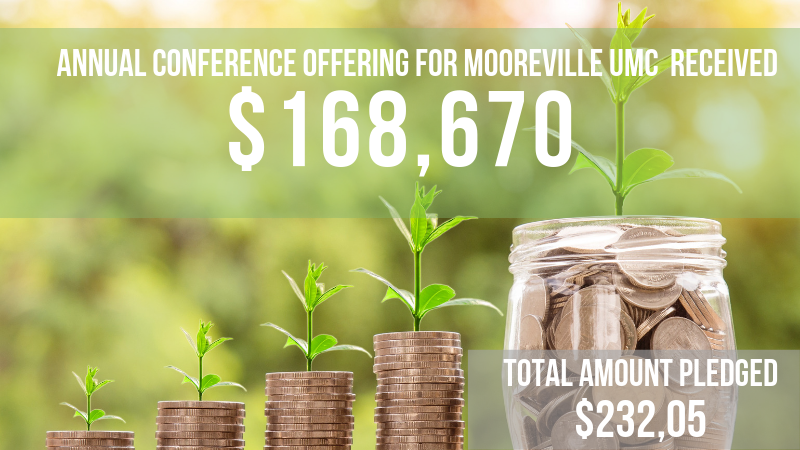 Thank you to everyone for your generosity and for allowing God to move you!!

A holy moment during the Tuesday’s (June 11) morning session of the 2019 Central Texas Annual Conference  meeting in Arlington stretched into more than a half hour of spontaneous – and unprecedented – giving to  the 2019 Conference Offering that will help Mooreville United Methodist Church rebuild following a devastating fire.
The February blaze brought the church’s 108-year-old sanctuary to the ground, but it di nothing to the church other than bring it’s people closer together and steel their resolve to persevere and continue their 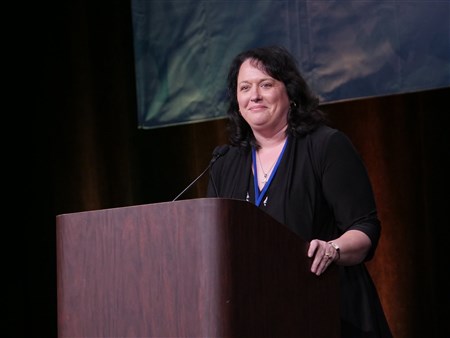 mission of making disciples of Jesus Christ for the transformation of the world. When Dr. Leah Hidde-Gregory, Central District Superintendent, stepped to a microphone on Tuesday, she urged the assembled clergy and lay members to dig deep. About $9,000 had come in already, which was actually ahead of the normal $12,000 to $15,000 giving curve for an Annual Conference offering. Leah, however,  felt certain that the Central Texas Conference could, should and would do better than “normal” this year.
She retold the story of Frost United Methodist Church, which caught fire during the week of the 1930 Annual Conference meeting. The outpouring that week was instant, and by the time AC30 (1930) was over, $10,000 was collected to help the congregation rebuild.
Of course,  that was $10K in 1930s dollars. A fact that didn’t escape the attention nor the imagination of the clergy and laity from First Methodist Waco. They quickly did the math and concluded that $10,000 in 1930 was in the ballpark of $150,000 today. They also quickly surmised that passing the plate at a couple of AC worship services couldn’t do what whole a collection of local churches could. In a matter of moments, Associate Pastor Brandon Frenzel was at a microphone making a $5,000 pledge on behalf of the people of First Waco.
Rev. David Alexander was the next to respond to the nudging of the Holy Spirit and rose to a mic to say that First Methodist Mansfield would match First Waco’s gift. And there it began. For the next half hour, church after church pledged financial support. Well more than 100 churches – large and small, urban and rural – lined up at one of the three mics in the giant convention hall and excitedly vowed to contribute anywhere from $300 to $8,000 to help Mooreville rebuild. “It was a really powerful moment,” said Brandon. “We were honored to be a part of it.” 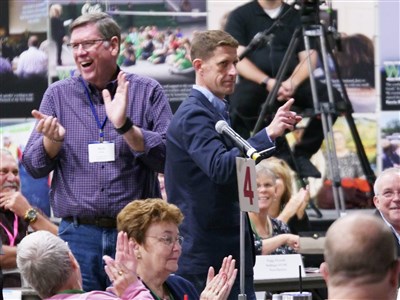 Just before Bishop Lowry began the Closing Worship service, Jeff Roper, executive director of the Robert’s Center for Leadership and Administration announced that 191,267.63 had been given or pledged by individuals local churches and other conference organizations in support of the conference offering and to the glory of God!
Rev. Dennis Rejcek, Mooreville UMC’s pastor, called it a miracle. “People were lining up at the microphones to make their pledges as one body, which is what we are. There were tears when we watched the fire, and there are tears of joy now.”
A conference that faced fractured and anxious times over issues related to the 2019 Called Special General Conference was united in reaching out to one of its own, Mooreville United Methodist Church.
Perhaps nobody was more surprised and delighted than Leah. “That was completely God,” she said.
Leah recounted a comment from one of Mooreville’s lay members. “She said, ‘God is using our fire to bring the conference together.’ ”
Pastor Rejcek put it like this: “God is good!”
There’s still time to donate, including a quick and easy texting option. Click on https://www.ctcumc.org/ac19-giving for details.

This February, Mooreville United Methodist Church lost its 108 year-old sanctuary to a fire. While the cause of the fire is unknown, what has been determined clearly is the resolve of the congregation at Mooreville to remain focused on our mission of making disciples of Jesus Christ for the transformation of the world. It would have been easy to lose focus and neglect important ministries, but such is not the case. The day after the fire, Mooreville UMC continued its weekly food ministry in the community. In an interview with local news outlets last February, Rev. Dennis Rejcek, pastor, Mooreville UMC,  said, “We will focus on hope, and emphasize the fact that we will move on and build again. We are not going to let this stop our ministry.”  It has been and continues to be encouraging to see many Central Texas Conference local churches, as well as others outside of our conference, reach out to Mooreville UMC to assist in various ways. The generosity of so many is inspiring.

This year’s Annual Conference offering will go to support Mooreville UMC’s efforts to rebuild for the glory of God and the mission of making disciples of Jesus Christ. Thank you to those who have already given to this effort and for those who will do so through this offering. Your gifts are greatly appreciated!