Sisters and Brothers of the Central Texas Conference,
Grace and peace to you in the name of Jesus Christ.
Reports of the Uvalde High Coyote’s last second win of its first home football game since the tragic shooting at Robb Elementary found its way to the top of my news feeds. While the stories of celebration and moments of joy by and for the Uvalde community are well received, the reasons why a high school football game in South Texas made national news are a sobering call to action. 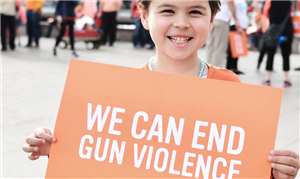 Gun violence threatens our fundamental human right to life. Anyone can be affected by firearm violence, but statistics show that gun violence disproportionately impacts communities of color, women, children and other marginalized groups in our society. One of the most prominent forms of gun violence is suicide – resulting in nearly 60% of suicides by gun in the U.S. in 2020 (the latest full year of statistical data available).
Therefore, I invite and encourage you to join me daily throughout the Autumn months to pray, study, reflect, and seek the transformation of the gun violence culture that continues to devastate lives in our communities and even closer. A 2017 Pew Research study showed that every American is likely to personally know at least one victim of gun violence in their lifetime.
Each day in the United States, 2,000 people are injured by gunshots — and more than 500 of those result in death. Already, 300 mass shootings have occurred in the U.S. through the first eight months of 2022. Since the beginning of 2021, more than 43 million guns have been sold in the U.S., bringing the total number of guns owned in the country to more than 440 million, or more than 100 million more firearms than there are citizens.
While most of these guns are owned by responsible hunters and collectors that safely and securely store their guns and teach the importance of practicing gun safety, we cannot ignore the fact that easy access to firearms is one of the main drivers of gun violence. 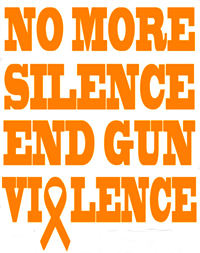 God deplores violence in our homes and on our streets and so shall we as disciples of Jesus Christ. The Book of Resolutions of the United Methodist Church (#3428, 2016) states: “As followers of Jesus, called to live into the reality of God’s dream of shalom as described by Micah, we must address the epidemic of gun violence so ‘that he may teach us his ways and the way we may walk in God’s paths.’ Therefore, we call upon United Methodists to prayerfully address gun violence in their local context.”
I am proud to be among the list of UMC bishops who signed a letter to commit to leading United Methodists as peacemakers in our communities in Texas, Kansas, Nebraska and beyond. The Council of Bishops supports the ban on assault weapons and urges Church and government support for communities affected by the trauma of gun violence. We call the church to prayer, study, theological reflection, and action to bring Christ’s peace to our streets and a sense of calm to our cities and towns.
I urge you to prayerfully consider using United Methodist Church resources for Bible study and advocacy to reduce gun violence and to offer Christ-centered compassion to those in your communities who have been victims of gun violence.
Shalom,