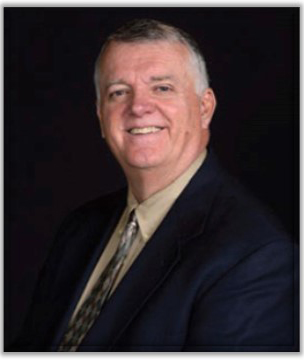 Rev. John “Travis” Franklin has been appointed by Bishop Mike Lowry, episcopal leader of the Central Texas Conference, to serve as the conference’s North District Superintendent (DS), effective July 1. The district’s current superintendent, Rev. Mike Ramsdell, has been announced as the successor to the retiring Rev. Gary Lindley, and will take over the role of Executive Director of the Smith Center for Evangelism & Church Growth on July 1.
Bishop Lowry’s selection of Rev. Travis as DS adds another voice at the cabinet table that carries the weight of learnings and experiences gleaned from a long a varied ministry in the Central Texas Conference. “The ministry I have been honored and blessed to share in God’s calling has been ‘most’ broad to say the least,” quipped Travis. “I have served in a Methodist institutional setting, as an associate pastor, as a senior pastor, as a chaplain, and I’ve served in a circuit, in a rural setting as well as a city setting in churches of all sizes.”
Travis has also served on several conference, district and church boards and agencies during his 40-plus years in ministry in the CTC - something he feels provides a wide and varied perspective as to the work of God through the UMC’s connectional system. “I would like to think that the diversity of the ministry I have been blessed to share will give me sensitivity to many different perspectives as I seek to sense God’s work through the United Methodist connection,” he said.
“Travis Franklin brings a caring heart, a compassionate eye and a deep commitment to this role,” said Bishop Lowry. “Throughout his ministry and especially for the last decade-plus, Travis has demonstrated excellence in pastoral leadership at local churches across the CTC. He has also provided outstanding leadership as the Director at Glen Lake Camp as well as demonstrating a compassionate heart for the work of Christ during his many years as chaplain at the Texas Methodist Home in Waco. His leadership will be invaluable to the collective work of the North District and the cabinet as a whole.”
As someone who feels his calling is in active service to the mission field, Rev. Travis says that he is quite humbled and honored to be asked to serve as a DS, especially in light of how Bishop Lowry and the Cabinet have been shifting the focus of the DS role during the last several years.
“I must be honest. I never saw myself as a DS. Therefore, this has come as quite a surprise to me,” Travis remarked. “In my conversation with Bishop Lowry he identified how this position as evolved into a leadership role serving the mission field. As one who feels led to the work of the church first and foremost in service and ministry to God’s people, I began to see the possibility of me being a part of that work as a DS.”
“At this point, I have no specific goals or plans for the North District, other than to continue the excellent work towards making disciples of Jesus Christ already underway. Quite frankly, I don’t yet know enough about the role or what’s happening in the district at any conclusive level to make definitive plans or goals,” Travis explained. “I’ll be in lots of conversations with Mike Ramsdell and other cabinet and district members, and I’m sure God will reveal what God would have me do. For me, the process of discerning is key. My prayer is that I’ll be faithful in discerning where and how God is leading me in relationship to the work.” 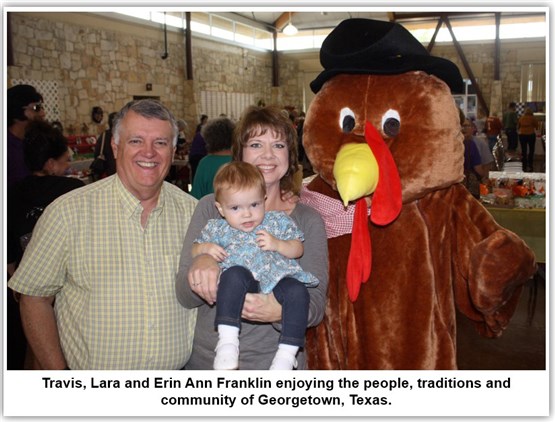 Though Travis is excited and energized by the opportunities and challenges that are ahead, he says that leaving the life of a local church pastor will be a tough task. “I have always been incredibly blessed to serve great and faithful churches. St. John’s Georgetown has been no exception. It will be difficult for me to leave even though I have only served there for two years. I have come to love the St. John’s community of faith. I am grateful for the way they accepted, loved and tolerated me from day one, and am proud of all that God has done with us there. I have enjoyed the challenges we have faced together and I feel that we have been faithful for the most part in where God has led us and continues to lead us.”
“St. John’s has been willing to move through every challenge they have faced with faithfulness and great love,” Travis continued. “Working side-by-side with each of them in the vineyard has been exciting, challenging, holy and a blessing to me. I believe there is a powerful and bright future for St. John’s. The staff and lay leadership are committed to being faithful followers of Jesus Christ as they love God and love others in making disciples of Jesus Christ for the transformation of the world.”
Rev. Franklin began his career in ministry following his 1978 graduation from Texas Wesleyan. He was ordained as a Deacon in 1981, earned his Master of Theology from Perkins in 1984 and was ordained as an Elder in 1985. As mentioned above, Travis has had a long and winding road of appointments, including being an associate pastor at First Corsicana (1979-82) and First Arlington (1982-86); senior pastor at Hubbard/Mt. Calm UMCs (1986-87), Winters/Wingate UMCs (1987-92) and Azle UMC (1992-94). In ’94, Travis stepped away from being a local church pastor for the first time to serve as chaplain at the Methodist Children’s Home in Waco – a role he held for 12 years. In 2006 he was appointed as the interim pastor at Brock UMC and then moved to serve as pastor of Salado UMC (2007-13). He was once again asked to take his skills out of the local church and served as the Executive Director of Glen Lake Camp from 2013-15. He was then appointed to St. John’s UMC in Georgetown in 2015, where he will serve until his DS appointment officially begins July 1, 2017.
Besides his appointments, Travis has served the CTC as a member of the Board of Ordained Ministry, DCOM for the Central and South Districts, Glen Lake Camp Board of Directors, Board of Diaconal Ministry, Board of Discipleship and the Wesleyan Home Board. He was named the Chaplain of the Year by the United Methodist Association of Health and Welfare Ministries in 2002 and received the Distinguished Staff of the Year from the Methodists Children’s Home in 2004.
Travis is married to Rev. Lara Whitley Franklin, pastor, Salado UMC. Together they have one child, Erin Ann Franklin (18 months). Travis was also blest with two children from a previous marriage, Michael Thomas Franklin (born 1984) and Brittney Nicole Franklin (born 1987, deceased 2012). In his “spare time,” Travis enjoys the simple pleasures of reading, golf, fishing and mostly being with his family – a family that is looking forward to the move back to the Fort Worth area.
“I grew up on the east and south side of Ft. Worth, so this is a homecoming for me,” Travis reports.  We have strong family ties to Ft. Worth. Our son, Michael, lives in Ft. Worth, as do my brother and his family, and Lara’s sister and her family. We also have many friends in the FWD metroplex and it will be fun reconnecting with them and I eagerly anticipate fostering many more. I am looking forward to coming home and to serving in a place I have always appreciated and loved.”