The Denomination’s High Court Raises Questions on Constitutionality of the One Church and Traditional Plans, Does Not Rule on Connectional Conference Plan

by J. Vance Morton* from reports from Linda Bloom** and Dr. Maidstone Mulenga*** 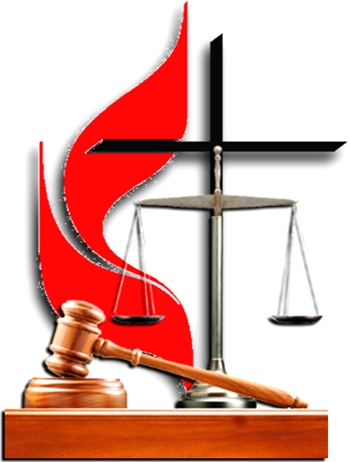 Decision 1366 found the 17 petitions contained in the One Church Plan to be constitutional, except for one individual sentence in each of Petitions 4, 8 and 13.
In its ruling on the One Church Plan, Judicial Council pointed out that the principle of connectionalism in The United Methodist Church “permits contextualization and differentiation on account of geographic, social and cultural variations and makes room for diversity of beliefs and theological perspectives but does not require uniformity of moral-ethical standards regarding ordination, marriage and human sexuality.”
General Conference’s legislative power includes the authority to “adopt a uniform, standardized or non-uniform differentiated theological statement,” the decision said.
The constitution also assigns to General Conference “the legislative function to set standards related to certification, commissioning, ordination and marriage,” along with the administrative responsibility to apply them to annual conferences, local churches and pastors.
“The legislative branch of the Church is constitutionally free to set the standards for entrance into the ministry wherever and whenever it sees fit,” the court said in its ruling. The court added that “the annual conference may enact additional requirements that are not in conflict with the letter or intent of the minimum standards set by the General Conference.”

The Judicial Council’s 87-page decision noted problems with all or parts of 9 of the Traditional Plan’s 17 petitions – issues that would need to be addressed before the plan could pass a constitutional test.
The Judicial Council found that Petitions 2, 3 and 4 were unconstitutional because they deny a bishop’s right to fair and due process since other bishops would be among those making a final decision. Those petitions deal with setting up a panel and a process that could place a bishop on involuntary leave or require a bishop to retire.  According to the Judicial Council, “the Council of Bishops was not designed to function as an inquisitional court responsible for enforcing doctrinal purity among its members.”
Petitions 6, 7, 8 and 9 of the Traditional Plan require certification for standards related only to self-avowed, practicing homosexuals and “such selective and partial application of church law violates the principle of legality, making those petitions unconstitutional,” the Judicial Council said.
Some parts of Petition 10, which establishes a comprehensive system “to ensure compliance,” were also found unconstitutional, along with the second sentence in Petition 14.

The council did not offer a ruling on the Connectional Conference Plan because it contains proposed constitutional changes required for implementation. As such, the court ruled it has no authority to scrutinize the plan at this time.
Next February, a special session of General Conference, the denomination’s top legislative body, will meet in St. Louis to consider these three legislative proposals from a report by the Commission on a Way Forward, as well as any other petitions considered “in harmony” with the call for a special General Conference.
The commission is an advisory body that was appointed by the Council of Bishops following General Conference 2016 in hopes of finding a way to overcome fundamental disagreements within the church about issues around human sexuality, the ordination of practicing homosexual persons and the right for clergy to officiate and local churches to be used for same gender weddings.
To learn more about the three proposed plans and Bishop Lowry’s personal position on the issues being debated at General Conference 2019, make your plans to attend one of the two remaining District Sharings (Nov. 27, Cogdell UMC – Waco / Dec. 6 Arborlawn UMC – Fort Worth). Visit ctcumc.org/DistrictSharings-AWayForward for more details.

*Vance is the director of Communications and IT for the Central Texas Conference.   vancemorton@ctcumc.org

***Maidstone is the director of Communications for the Council of Bishops.   mmulenga@umc-cob.org