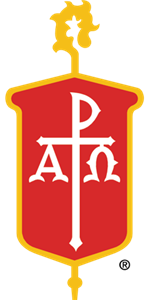 The Council of Bishops of The United Methodist Church (COB) has asked the Judicial Council for a declaratory decision as to the constitutionality and the meaning, application, and effect of Petition 90066, which was approved by the Special Session of the General Conference on February 26.

In the request filed today (March 6, 2019) and signed by COB Secretary Bishop Mande Muyombo, the COB noted that bishops voted to make the request during their meeting in St. Louis, Missouri, on February 27, 2019, a day after the close of the Special Session.

Petition 90066 was adopted in the Legislative Committee of the General Conference on February 25, adding a new Section and new paragraph 2553 and to the Book of Discipline on “Disaffiliation of Local Churches Over Issues Related to Human Sexuality.” The petition was amended during the plenary session of the General Conference on February 26 by substitution of a minority report.

The COB contends that in Decision 1377, Petition 90066 was held to violate Paragraph 33 because it omitted the annual conference as the body ratifying a local church vote to change affiliation. Therefore, Judicial Council ruled that the petition was unconstitutional.

“The amendment made by adoption of the minority report does not cure the constitutional problem with the petition,” COB argues in its request. “There still is no requirement that the decision of the local church be ratified by the annual conference. Therefore, the COB believes the amended petition is also unconstitutional.”

The Judicial Council is scheduled to meet April 23-26 in Evanston, Illinois.