Here you will find information and resources applicable to the Central Texas Conference. 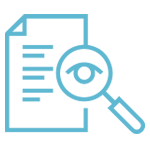 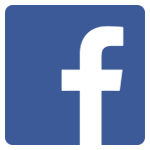 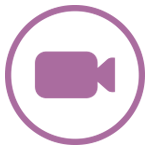 Confernce webpage with videos from the 2019 Special Called General Confenrence

Summaries of news and information from and/or relating to the Special Called General Council 2019
will appear below in chronological order as information/articles are posted. Click on titles for full details.

The Council of Bishops of The United Methodist Church (COB) has asked the Judicial Council for a declaratory decision as to the constitutionality and the meaning, application, and effect of Petition 90066, which was approved by the Special Session of the General Conference on February 26. The COB contends that in Decision 1377, Petition 90066 was held to violate Paragraph 33 because it omitted the annual conference as the body ratifying a local church vote to change affiliation. “The amendment made by adoption of the minority report does not cure the constitutional problem with the petition,” COB argues in its request. Read more at ctcumc.org/GC19-BishopsChallengeDisaffiliationPetition.

After passionate speeches, prayers and tears, the “one, last shot” for the One Church Plan was defeated by a vote of 449-374 at The United Methodist Church’s 2019 General Conference. The Rev. Tom Berlin, Virginia Conference, spoke for a minority report for the One Church Plan that was submitted last night. A minority report is a substitution for the report of the legislative committee. Delegates opposed the bishops’ recommended One Church Plan by a vote of 436 to 386 on Feb. 25. That vote was 53 to almost 47 percent. Read UMNews report here.

Delegates approved the first legislation of the special General Conference on Tuesday morning, passing measures that affect pension liabilities and the implementation of changes in central conferences. First approved was a petition moved forward by the Standing Committee on Central Conference Matters that sets a timeline for GC2019 legislation’s implementation in Africa, Europe and the Philippines. An effort to have this timeline also apply to the United States failed because the part of the Book of Discipline affected only pertains to central conferences. The delegates also approved two petitions recommended by Wespath. One petition requires that any local church that withdraws or is closed must pay, at a minimum, its fair share of unfunded pension liability for their annual conference. Another petition spells out that any clergy members who end their relationship with a conference will be treated as “terminated vested” participants, meaning their accrued benefits would be safe but they could not add benefits. Read full report here.

Bishop Lowry and Dr. Tim Bruster, senior pastor, FUMC Fort Worth and the CTC Delegation Lead, share their thoughts on the actions taken during the Legislative Session of General Conference 2019. Click on each of the below to launch the video(s).

After approving the Traditional Plan in the morning, General Conference delegates spent the afternoon debating and ultimately voting against the One Church Plan and the Simple Plan. Delegates opposed the bishops’ recommended One Church Plan by a vote of 436 to 386. Delegates also voted against moving forward with the Simple Plan, submitted by the unofficial United Methodist Queer Clergy Caucus, by a vote of 494 to 323. Read the full UMNews summary at umnews.org/en/news/traditional-plan-advances-as-one-church-simple-plans-fail. A podcast summary of Day 2 is also available at umnews.org/en/news/general-conference-2019-day-2-wrapup.

Bishop Lowry stops on his way out of the Dome in St. Louis to summarize the events of the first full day of the special called General Conference – a day of “surprise to some” delegates, a day of disappointment for some and “cautious approval” by others. He commends the work of the CTC delegation and all the delegates for the serious manner in which they are going about the business of GC19. He also, once again, reminds the Central Texas Conference to “Breathe Deep for Jesus is still Lord” and to engage in a 30-day, post GC19 period of prayerful reflection.

Petitions meant to address pensions and the Traditional Plan topped the list of priorities for what General Conference 2019 delegates will work on in their legislative committee. This was a key vote as delegates to the denomination’s top lawmaking assembly try to set the direction in The United Methodist Church’s longtime debate over homosexuality. By 56 votes, the Traditional Plan topped the One Church Plan, supported by a majority of the bishops. It is important to remember that the body of GC19 is acting as a Legislative Committee at this time and not in a plenary session. Votes in this legislative committee allow the petition or plan to be discussed and voted on in a plenary session, which is where they will be passed or defeated. Read the full story at umnews.org

As part of his Opening Worship message to General Conference 2019, Council of Bishops President Kenneth H. Carter today called on United Methodists to make every effort to maintain unity for the sake of God’s mission. Bishop Carter said that the unity of the body of Christ should be the passionate concern. “Remember: you are the people of the cross and the flame. If you watch and listen for the good in conservatives, centrists and progressives, you will see the cross and the flame. You will see people carrying the cross,” said Bishop Carter, noting that “…we are people who have professed our faith in Jesus Christ as our Lord and Savior. And we will pray for the gift of the Holy Spirit, to make us one with Christ, one with each other, and one in ministry to all the world.” Read the full sermon by Bishop Carter here. 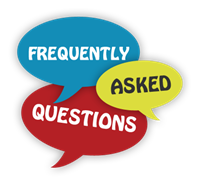 Click on the link above to access FAQs about the 2019 Called General Conference. These FAQs are  intended to provide Central Texas Conference clergy and lay leadership with accurate and concise information to assist in responding to questions from church members and guests, their local community, members of the press and other interested parties.

864 Delegates and many more observers from around the world will gather at the Dome at America’s Center, February 24-26, 2019, for the Special Session of the United Methodist General Conference. The General Conference is the only body that speaks officially for the 12.6 million-member church. The event will be available via live video streaming at UMC.org/live.

The day preceding the start of General Conference, February 23, has been designated as a day of preparation and prayer as a culmination of the Praying Our Way Forward initiative (see schedule here). General Conference 2019 will officially open at 7:30 a.m., Sunday, February 24, with a worship service. Preaching will be Bishop Kenneth H. Carter, Jr., president of the Council of Bishops.  Read more here.

The Praying Our Way Forward team of the Council of Bishops - The United Methodist Church 2 has released details of the General Conference 2019 Day of Prayer. The Day of Prayer is scheduled from 9 a.m. - 3:30 p.m., Saturday, Feb. 23 (the first day of GC19) and will take place in the St. Louis America’s Center Convention Complex. The event will be live-streamed at www.umc.org/live
The two-fold purpose of the day is to pray for:

A high-level overview of the three plans to be considered by General Conference 2019 is available for download in a PDF format. The points in this summary document are a very general summary of the recommendations to GC19 and break down in a bulleted format what each plans impact COULD be on Local Churches, Clergy and Annual Conferences. For more information and full details, please read the entire report from the Commission on A Way Forward.

The following video, produced by the Susquehanna Conference, provides a brief history of how the United Methodist Church has addressed the complicated issues of human sexuality since the 1972 General Conference. 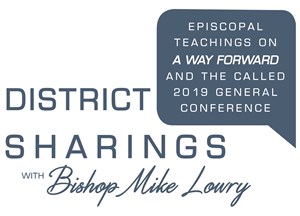 Bishop Mike Lowry has announced a series of Episcopal Teaching sessions / conversations on the three plans put forth by the Commission on A Way Forward (COWF) and other matters related to next February's Called General Conference in St. Louis (Feb. 24-28). Each session will run approximately two hours. During the meetings, Bishop Lowry will lead those gathered through the nuances of the three proposed plans - One Church, Traditional and Connectional Conference - provide some clarity into the upcoming 2019 Called Special General Conference and engage in a Q&A-style discussion with those attending the meeting on the three proposed plans on A Way Forward as well as other matters related to GC19. Please note that this will not be a time of debating the issues that have resulted in the 2019 Called General Conference, rather this is a time of teaching, learning and sharing on the three plans presented by the COWF.

To contact the delegation, please send an email to delegation2016@ctcumc.org

Commission on the General Conference announces registration fees to be charged to cover more than half-a-million dollar budget gap.

The Commission on the General Conference has voted to utilize registration fees in order to make up a $700,000 budget shortfall to cover the costs of the 2019 Special Session of the General Conference—expected to be $3.7 million.  The other $3,000,000 is being funded by the General Council on Finance and Administration from various funds under its supervision.
Moses Kumar, General Secretary and Treasurer of the General Council on Finance and Administration advised the Commission that it was its decision whether to cut the budget or raise income from another source to cover the difference. Unlike the regular session of General Conference, there are no significant sponsorship opportunities to offset the costs – and no additional money was apportioned by the 2016 General Conference for this purpose.
The Commission on the General Conference made the decision to charge registration fees, which it anticipates will make up the additional funding needed. “After much discussion, registration fees seemed like the best alternative,” said Duncan McMillan, Commission chair. “This was a difficult decision because we want the event to be fully accessible to all who want to participate.” McMillan said that free live streaming of the General Conference would be available.
The $3.7 million figure includes $500,000 for translation and interpretation services, $212,000 for the Daily Christian Advocate and petitions software, and $610,000 for facility expenses. The biggest expense, however, is $2.2 million for delegate expenses, including travel, housing and per diem. The Commission considered the possibility of reducing the per diem, but that would cover only a fraction of the needed funds.
The Commission has undertaken a number of cost-cutting measures, including decreasing the Commission's meeting costs, negotiating significant savings in meeting expenses and implementing efficiencies to reduce travel costs. Requiring all delegates to make housing arrangements through the business manager’s office will result in substantial sales tax savings. Many of the general agencies are also providing their services at their own cost.
The fees range up to $300, with a discount for early registration. Delegates will not be charged a registration fee, and annual conferences may bring up to three clergy reserves and three lay reserves with no registration fee.
The special session will be held February 23-26, 2019 at The Dome in America’s Center, located in St. Louis, Missouri.