General Sessions On the Horizon as GC16 Heads Into Week 2

After a Sabbath day away from General Conference, the delegations representing The United Methodist conferences from around the world will come back together Monday, May 16 to continue their vital work for the connection. The subcommittees have completed their work and now legislation heads to the main plenary floor for debate and decision.

Here are some of the highlights of week one, including a nod to one of the CTC's own who gave up his own graduation day to serve.

Ethan Gregory, a reserve delegate from the Central Texas Conference, missed his May 14 commencement at Perkins School of Theology, Dallas. Carlene Fogle-Miller, a Florida Conference delegate, served as secretary of the Faith and Order Committee instead of going to her graduation festivities at the University of Mississippi Law School.

Lay members of The United Methodist Church admonished their peers who are delegates to General Conference to remember that they share in the responsibility of making disciples of Jesus Christ in the world.

The May 13 laity address included lay leaders from the Upper New York, Virginia, Missouri, Tennessee, Zimbabwe and Great Plains conferences, with each sharing a sense of urgency for the people in local churches around the world to do more to share the love and mercy available to all through Jesus Christ.

“Our ongoing challenge comes from the need to embrace all that discipleship entails,” said Scott Johnson, lay leader from the Upper New York Conference. “Now, it would be wonderful if discipleship was only about the joy, peace and wonder. But we know that following Jesus isn’t all about mountaintop moments, praise songs and potlucks.”

The remainder of the address provided thoughts of how to change the status quo, using a model shared by United Methodist Discipleship Ministries. Components include showing hospitality, offering Christ to others, providing purpose in life and engaging with the world around us.

“Everyone here is a child of God. Any behavior to the contrary of that truth undermines the Gospel and is a choice to live beneath our privilege,” he said. While only two young people spoke on the General Conference stage Saturday morning, thousands more stood with them. Chelsea Spyres of Detroit and Peter Cibuabua of Kinshasa, Democratic Republic of Congo, began their witness by identifying themselves as “ambassadors sharing young people’s voices from around the world.”

That voice declared the uncompromising nature of God’s love and grace for all people.

“The objective of this message is to help you, our brothers and sisters in the church, to understand how widely and deeply the young people are engaged in Christ’s journey with energy and love,” they said.

United Methodist Rural Advocates filed a legislative petition before General Conference to add a position to The Connectional Table “able to represent the variety of rural ministries in the United States and the breadth of issues facing rural America.”

Another petition would update Paragraph 2549 in the Book of Discipline on the “Disposition of Property of a Closed Local Church.” The update would include the option to make a gift of the property to a nonprofit with values consistent with the denomination that “will begin, enhance or continue the work and vision of ministry with the poor in that community.”

Much of the focus of The United Methodist Church “seems to be on numerical growth,” the Rev. Roger Grace said. “In some of the rural areas, there is not a lot of potential for numerical growth, but there is still a need for the church to minister to and with the community.” Grace, a West Ohio Conference delegate, is outgoing president of Rural Advocates.

Preaching during morning worship on May 14, Bishop Sudarshana Devadhar used the familiar story of the Magi to urge delegates to find “a new epiphany” by listening to each other’s perspectives and, most importantly, by listening to God. 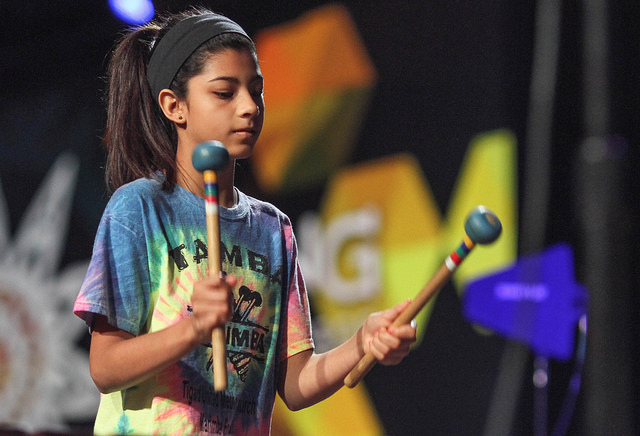 With the theme “Going with Courage,” Devadhar, who leads the New England Conference, told those gathered how important it is to be brave enough to listen if we are to arrive at the right place:

Because the Magi heeded the message from God, Devadhar said, they were able to bring an epiphany, a new perspective.

He encouraged General Conference to look to Jesus.

“We are not here to use the Bible selectively to fulfill our selfish goals and agendas,” the bishop said, “but to look at the ministry and mission of Jesus, and ask the question, with our Wesleyan DNA: ‘Will the 2016 General Conference go down in history declaring that we have offered Christ to the world?’”