As many Christians in the western world awoke Sunday morning and prepared to celebrate the risen Lord, we were sadly reminded that we live in a fallen world desperate for the love and peace of Christ as the news that nearly 300 people lost their lives and hundreds more were wounded following a series of bombings in Sri Lanka. The coordinated attacks struck three churches and three luxury hotels mostly in or around Sri Lanka’s capital city of Colombo. 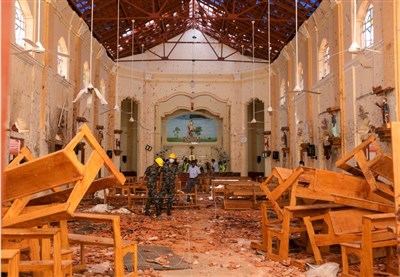 Upon learning of the tragic events unfolding in the predominately Buddhist island nation just to the southeast of India’s southern tip, Bishop Lowry called on the people of the Central Texas Conference and Christians everywhere to pray.
“As we confront the continuing evil of terrorism in today’s world, may we remember the victims of the Easter bombings in Sri Lanka,” Bishop Lowry stated. “Our Risen Lord reminds us that these too are beloved by God.
“Where possible and appropriate,” Bishop Lowry continued, “I ask us to reach out in actions of love, justice and mercy supporting the victims. May we concretely follow the words of Christ, ‘Truly I tell you, just as you did it to one of the least of these who are members of my family, you did it to me.’” (Matthew 25:40)
On Sunday, the U.S. State Department confirmed that “several” American citizens were killed in the “terror attacks,” but did not give an exact figure.
Less than 8 percent of Sri Lankans are Christian, with the vast majority of that 8 percent being Roman Catholic; 12.6 percent are Hindu, and 9.7 percent are Muslim, while the remaining majority are Buddhist, according to the country’s 2012 census. No group or individual has claimed responsibility for the bombings so far, but the Sri Lankan Health Minister told reporters on Monday that National Thowheed Jamath was responsible and that it may have been working with a foreign network.
“I call upon all United Methodists in the Central Texas Conference to remember that we follow the Prince of Peace,” said Bishop Lowry. “May peace and reconciliation guide our response. Let the Risen Christ instruct us as we reach out to help those devastated by tragedy.”
“Peace be with you. As the Father has sent me, so I send you.” (John 20:21)
2019 Announcements